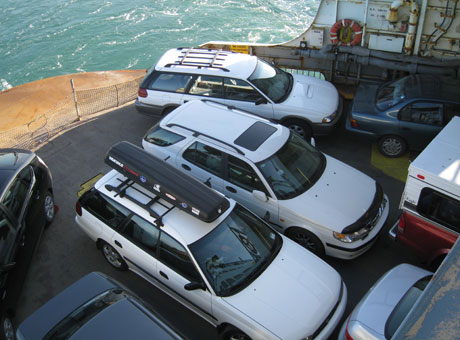 Just made it…you’re nev­er late for the fer­ry, just ear­ly for the next one.

You know the feel­ing of dread.…you show up for the fer­ry and they stick the lit­tle over­load num­ber under your wiper.

I’ve includ­ed a pic­ture of my car (green Toto­ta, just up the ramp) with the two white cars behind. Good pack­ing job…think what they could do with Smart cars.