The ballots were sent out this week….how does all this work? 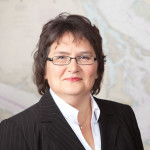 Here’s the word from Milene & the County Elections folks:

Hoping to head off some of the confusion early, I’ve prepared a list of questions and answers about the April election.

Q.  When is the April election?

Q.  Why are we having an April election?

A.  The first of the three Charter amendments adopted by the voters last November changed the number of County Council members from 6 to 3.  In order to expedite implementation of the Charter changes, the amendment required a February “primary” election and an April “general” election to select the three new Council members.

Q.  What races will be on the ballot in April?

A.  All three new Council positions will be on the ballot.  In addition, Lopez Island School District is running a measure to issue a capital bond.

Because the new Council Residency District positions are all elected county-wide, every voter in the county will get to vote for each position.  Specifically, San Juan Island voters will vote not only for the Council member from San Juan, but also for the members from Orcas and Lopez/Shaw.  The same goes for Orcas and Lopez/Shaw voters:  every voter will get to vote for every position.

Only voters in the Lopez Island School District will vote on the Lopez Schools capital bond.

Q.  How many candidates do I vote for in each Council race?

A.  You will vote for one in each race.  Some voters have been confused by the State’s “top two” primary system.  “Top two” means only that the top two vote getters in a primary progress to the general election; it has never meant that voters get to vote for their top two candidates.  The April election will have only two candidates in each race and an option for a write-in.  As usual, voters will be instructed to vote for one candidate.

Q.  When will the newly elected Council take office?

A.  The election will be certified on Tuesday, May 7, and the new Council members will be seated on Monday, May 13.

If you have more questions of your own, please contact me or Elections staff at (360) 378-3357.  For more information about candidates or the Lopez School bond measure, check out the online voters’ guide, already posted at www.sanjuanco.com/elections.