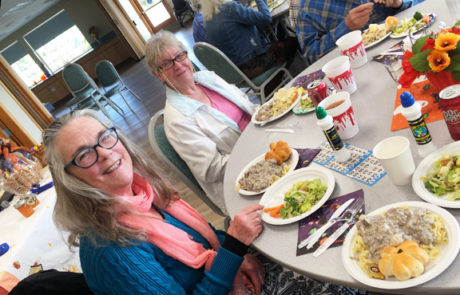 On the second Friday of the month the Mullis Center hosts Fun Friday Bingo. For ten dollars you get a delicious seasonally themed lunch and 15 cards of Bingo. On Friday I enlisted my friend Therese Finn and we joined a table of friendly faces, a few we’ve known for years and a few new-to-us friendly folk.

The meal and décor had a Halloween theme. Was that an eyeball or just an onion in the Transylvanian Goulash? The “pumpkin” rolls were delicious. I’ve been watching my carbs so that buttered bun was heaven and the pumpkin pie really did have eyeballs! Many thanks to Bonnie Sliger, our very creative chef! 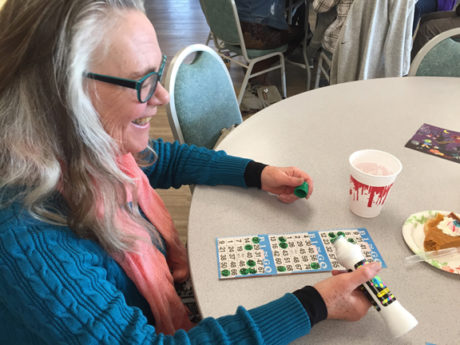 Then the games began! I had not played Bingo for ages. We played three cards at a time going for a variety of different patterns. The games went by quickly and the winners chose their prizes (we got close but didn’t win). Then the final game was for a blackout, a completely full card. The champion of the day, winning the grand prize was Beth Phillips. Beth is a member of the Quilters group that meets at the Mullis Center and often volunteers to help serve food at the Mullis Center’s regular senior lunches. Bravo Beth! 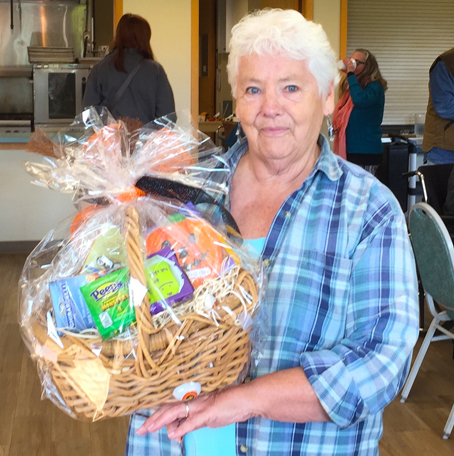