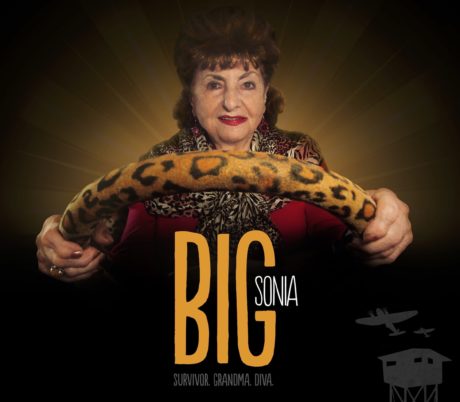 In a defunct shopping mall in Kansas, 91-year-old Sonia Warshawski runs the only remaining store, a tailor shop that she has owned for more than 30 years. When Sonia — a great-grandmother, businesswoman, and Holocaust survivor — is served an eviction notice, the specter of impending retirement prompts her to revisit her harrowing past as a refugee and witness to genocide.  For a woman who admits that she stays busy “to keep the dark parts away,” dredging up long-forgotten fears motivates her to dedicate herself to speaking publicly about her struggles to come to terms with her experiences.

Big Sonia explores what it means to be a survivor. A poignant story of generational trauma and healing, the film offers a laugh-out-loud-funny portrait of the power of love to triumph over bigotry, and the power of truth-telling to heal us all.  Will you let your trauma define you? Or will your past make you stronger?