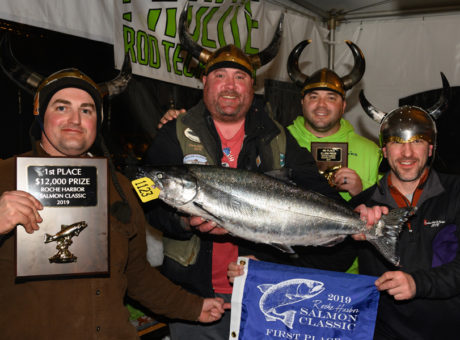 A total of $28,000 in cash prizes were award­ed to win­ners of this year’s 16th annu­al Roche Har­bor Salmon Clas­sic Salmon Der­by. Paul McAbee from Belling­ham came in at first place, Michael Porter from Issaquah in sec­ond place, Con­nor Ryan from Mount Ver­non in third place, Paul McAbee again in fourth place and Bill Shaw from Fri­day Har­bor in fifth place.