Charter Review Commission to be Elected in 2020 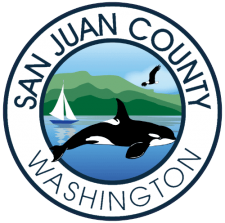 Over the first eight months of 2005, a group of 21 County residents, representing a range of ages and politics, from all of the county’s geo-political districts, met sixteen times for the sole purpose of proposing a home rule charter for San Juan County.  This “San Juan County Board of Freeholders” sent two documents to the voters in November of that year: a basic charter and a first amendment to the charter.  Both passed by wide margins.

That vote made San Juan County the sixth and smallest of Washington State’s six charter counties (a seventh has adopted a charter since).  Home rule charters, permitted by State Constitution, allow counties the opportunity to deviate in some limited ways from the basic code other counties follow.  For example, only with a charter can a county grant its residents the rights of initiative and referendum.  Only with a charter can a county change the number or duties of its elected officials. Charter counties can have elected executives or appointed administrators, in addition to their legislative body.  Charter county officials may be partisan or non-partisan (county officials in code counties, except for judges, are all partisan).

The biggest change in San Juan County’s new charter was the inclusion of six council members representing six equal districts, rather than three members representing the unequal island districts that had historically been used in San Juan County.  Another significant provision was giving the council’s administrative duties to a new, appointed County Administrator.  The charter also made all County officials, other than the Prosecutor and judges, non-partisan.  Possibly its most popular provision was giving citizens the rights of initiative and referendum – rights which have sent five measures to San Juan County ballots since 2006.

Changes to the charter must be adopted by a vote of the people.  Changes can be proposed by the Council, such as the measure to allow biennial budgeting that was adopted last November; by initiative; or by a Charter Review Commission.

The charter called for the election of a Charter Review Commission (CRC) five years after adoption.  That election took place in 2011, and another group of 21 island citizens set out to review the charter “to determine its adequacy and suitability to the needs of the County.”  Three of the CRC members had served as original freeholders.

Meeting through half of 2012, the CRC followed similar procedures and timelines as the freeholders.  They organized themselves and created a schedule; they met weekends, typically twice a month, inviting guest speakers and interested members of the public to speak; they used subcommittees to accomplish work between meetings.  By August, they had proposed several changes to the existing charter, packaged in three ballot propositions.

The first proposition reduced the number of Council members from 6 to 3 and reverted to representation by island, rather than by equal population.  The second proposition replaced the County Administrator with a County Manager and returned administrative duties to the County Council.  The third proposition added a provision that all meetings of the Council, and its subcommittees, are subject to the Open Public Meetings Act.  The first two measures were adopted by a comfortable majority; the third, by an overwhelming majority.  Effectively, the CRC returned the County to much as it had been before the charter was adopted, except that it retained the rights of initiative and referendum, and kept elected positions non-partisan.

The revised charter provided that the next Charter Review Commission would be elected in 2020.  Once again, a group of committed citizens will have the opportunity to review the charter and recommend changes.  Council is expected to adopt a resolution this month calling for the election of the next group of charter review commissioners.  Interested candidates will file for office in May, along with candidates for other County and State positions.

The number of candidates will be proportionate to population in each of the three Council residency districts.  Candidates must be registered voters in their residency district and must have been registered voters in the County for at least five years prior to the election.  Voters will get to vote only for commissioners in their districts.  The candidates will be sworn in, as are all elected officials, after certification of the election results, and their terms of service will expire in one year or when the recommendations of the commission are submitted to the County Council, whichever is shorter.

And so will begin the next chapter of the San Juan County Charter.

For more information about running for Charter Review Commissioner, contact the Elections Office at (360) 378-3357, or elections@sanjuanco.com.