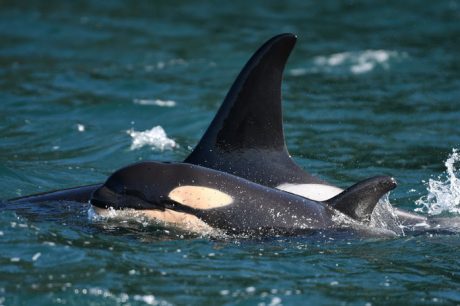 From the Center For Whale Research

On Feb. 17, the Center For Whale Research had its eighth encounter with orcas in 2021. Members saw the J, K, L pods in Haro Strait.

They report: “We were seeing young calves but it was hard to tell who the mothers were as saddles disappeared behind swells. We were convinced that both J57 and J58 were present but who was that other calf? We finally got a decent look at it and its mother and it was definitely a new calf coming up next to L86.”