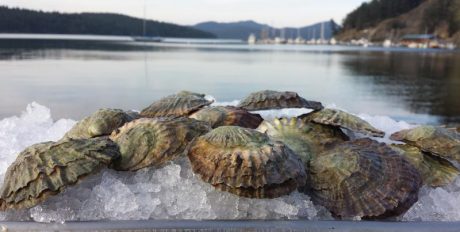 From the Washington State Department of Health

An outbreak of vibriosis in Washington has already surpassed the highest number of cases ever recorded by the state for the month of July.

Recent high temperatures and low tides in Washington state are likely to blame for the increased rate of illness, which is associated with eating raw or undercooked shellfish, especially oysters that are contaminated with Vibrio.

The illness usually occurs four hours to four days after eating contaminated shellfish, with mild or moderate symptoms that typically run their course in two to three days. Most people get sick within one day of consuming raw or undercooked shellfish.

People with weakened immune systems or liver disease are at higher risk for Vibrio infections. These people, and anyone who wants to avoid illness, should eat only thoroughly cooked shellfish.

“Another effect of the recent heat wave is the perfect storm of conditions for Vibrio infections. It’s important that when enjoying shellfish, we follow simple steps to stay healthy,” said Todd Phillips, Director of the Office of Environmental Health and Safety.

The “Three Cs” can prevent illness from Vibrio.

When preparing shellfish, people should wash hands frequently and not return cooked shellfish to the plate or cutting board where raw shellfish was prepared.