return to the Update

The founder and executive director of Seattle’s Hate Free Zone organization will speak at the San Juan Island Library on September 6 at 7 PM. 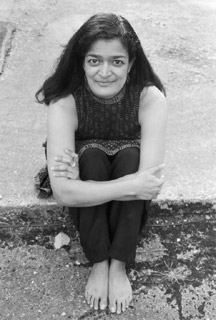 Pramila Jayapal will speak on the topic “Civil Rights and Civil Liberties in a Post 9/11 America”.  This lecture is part of the library’s participation in the world-wide September Project, where libraries around the globe are hosting events to promote discussion about freedom, democracy and citizenship. The lecture and question and answer session is free and open to the public. Event expenses will be supported by Friends of the San Juan Island Library.

Pramila Jayapal founded Hate Free Zone in November 2001 in response to the backlash against immigrant communities of color. Since its creation, Hate Free Zone has grown into a leading voice for its work on behalf of immigrant and refugee communities targeted post-9/11. Jayapal and HFZ have received several awards and recognitions for its work, including the City of Seattle’s 2002 Civil Rights Award, the Washington Bar Association’s Access to Justice Community Leadership Award, the Japanese American Citizens League Leadership Award, the Northwest Asian Weekly Foundation’s Community Leaders Award, a leadership award from Congressman Jim McDermott, and the Ecumenical Leadership Award from the Washington Association of Churches.  In January 2004, Jayapal was named one of the top ten Puget Sound regional leaders by the Seattle Times Editorial Board.  In September 2004, The Seattle Magazine named her as one of 25 Most Influential People in Seattle for her work on behalf of civil rights and immigrant communities.

Jayapal has a Masters in Business Administration from Northwestern University's Kellogg School of Management, and a B.A. from Georgetown University in English and Economics.  She is also the author of Pilgrimage to India:  A Woman Revisits Her Homeland (Seal Press, 2000).  She is currently working on a second book about immigrants in America.  Her articles and essays have been published widely, including in Orion, Yes! Magazine, The Seattle Times, and Gray’s Sporting Journal.  She was born in India, and raised in India, Indonesia and Singapore.  She is the proud mother of a 9-year old child.