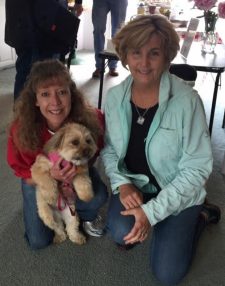 While Saturday’s weather wasn’t ideal for walking dogs, several supporters of the animal shelter showed up to participate in the Third Annual Dodie Gann Dog Walk at the site of the future animal shelter on Cattle Point Road.
Three grand prizes were awarded to those who raised the most money in sponsorships.

Marilyn Corrie was the grand prize winner; bringing in $1455 in pledges. Marilyn very generously donated her prize, a Cannondale Trail 24 Children’s Bicycle back to the animal shelter to be used in future fundraising efforts.

Second place prize, a Go-Pro Hero camera was awarded to John Byron who gathered over $300 in sponsorships.

The Animal Protection Society would like to thank everyone who participated and volunteered to make to make the event a success. 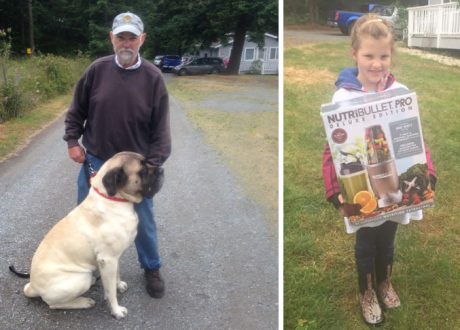 John Byron & Hoover on the left; Isla Oldwyn on the right – Contributed Photos