The killer whales dropped by.…

Where did the whales go?

When Josie & I dropped by to see Bob Otis at Lime Kiln Light­house on Sun­day, he told us the killer whales had­n’t been by for a while (see the cal­en­dar above, which his study posts at the light­house) in his study area, which is the area you can see from the lighthouse. 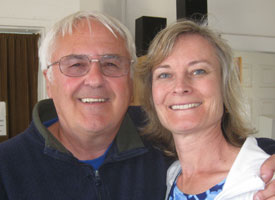 Bob’s been bring­ing interns to the island for 19 years each sum­mer (he’s at Ripon Col­lege), so he’s had his eye on the sit­u­a­tion bet­ter than most. Usu­al­ly the orcas have returned by the end of May, and are around for the summer.

Well, they’re trick­ling in this week — a cou­ple swung by on Sun­day, and some of L‑pod is in the area as well.

And, in anoth­er dis­cov­ery, Jim Maya shot the pho­to below yes­ter­day, which con­firms that K38 is a boy! 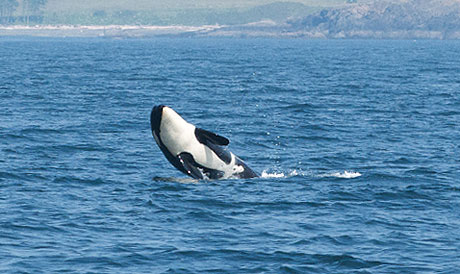