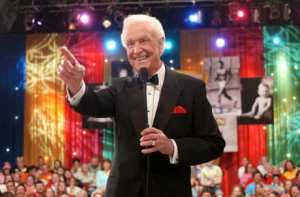 As you probably know, Friday Harbor is the international HQ for Sea Shepherd…. Traci Walter wrote me this afternoon with news that a big, well-known donor has stepped forward. Here’s more:

The Time is Right for Bob Barker to Rescue the Whales: Bob Barker Donates $5,000,000 to Sea Shepherd for Ocean Conservation

Another anti-whaling ship arrived in the Southern Ocean today, unexpected and right on time: the Bob Barker.

The 1,200-ton Norwegian built Antarctic harpoon vessel caught up with the Japanese whaling fleet at 0300 Hours on Wednesday, January 6th, in the area of Commonwealth Bay off the Adelie Coast at 143 Degrees 17 Minutes East and 66 Degrees 43 Minutes South. The Norwegian flag cracked in the chill Antarctic air as the silhouette of the whaler gave every indication that the ship was sent to support the Japanese whalers.

The Japanese could be forgiven for thinking that the pro-whaling Norwegians had sent a ship to support their illegal whaling activities in the Southern Ocean Whale Sanctuary. But any excitement turned to disappointment quickly as the Norwegian flag was hauled down and the black and white skull with crossed Trident and Shepherd’s crook was raised to announce the arrival of the Bob Barker, the latest ship acquired for the Sea Shepherd ocean defense fleet.

Thanks to a $5,000,000 contribution from American television personality and icon Bob Barker, the Sea Shepherd Conservation Society was able to quietly purchase and refit the former Norwegian whaler in Africa. The ice strengthened fast chaser boat quietly departed from Mauritius on December 18th to join up with the Sea Shepherd ships Steve Irwin and Ady Gil in the Southern Ocean.

Barker has also funded the cost of a helicopter that will accompany the society’s ships. The aircraft is named The Nancy Burnet after the president of United Activists for Animal Rights, an organization Barker also supports. This new helicopter will participate in future campaigns.

“I’m delighted to be able to help the Sea Shepherd Conservation Society in its mission to end the destruction of habitat and slaughter of wildlife in the world’s oceans,” said Barker. “There is lot of talk about preserving our ecosystems and species, but this is one organization that puts these words into action.”

For the first time ever, Sea Shepherd has three ships on the Japanese fleet and each ship gives the campaign unique abilities. The long range fast ice class Bob Barker will take the lead in harassing the Japanese fleet and will be able to stay on station for three solid months without refueling. The Steve Irwin will be carrying the campaign helicopter and will coordinate all flight activities in addition to blocking loading operations on the Nisshin Maru, the factory ship. The Ady Gil, with twice the speed of the Japanese harpoon vessels, will concentrate on intercepting the fast chaser vessels to block their hunting activities.

This year’s campaign has been named Operation Waltzing Matilda to reflect the Sea Shepherd’s gratitude to the people of Australia for their incredible support since 2005 for our activities.

Thanks to the generous support of Bob Barker, the Sea Shepherd Conservation Society has been given the means to seriously impact the profits of the whaling industry this season. Now more than ever, we are confident that we will be able to drive the outlaw whalers from the waters of the Antarctic Whale Sanctuary.

The Japanese whalers are discovering that the price is no longer right. With Sea Shepherd cutting their kill quotas in half and canceling their profits for a fourth year in a row, the heavily subsidized whaling industry is on the ropes financially.

“We intend to bankrupt the whalers,” said Captain Paul Watson.