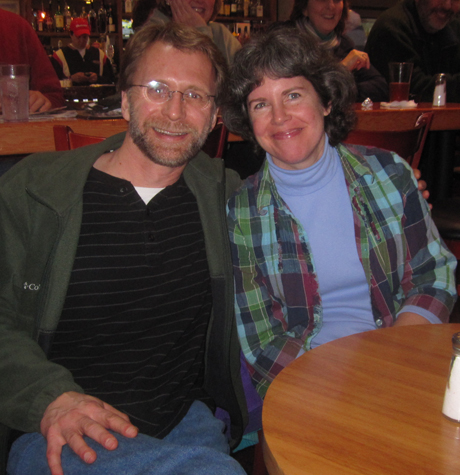 It was fun to see longtime hockey player Tony with Lisa down at Haley's watching the Canada/USA game Sunday. Tony told me he's glad that his native Finland got the bronze, with kind of a wistful sigh...

• I keep hearing about different business moves in town…let’s see if we can keep ’em all straight. 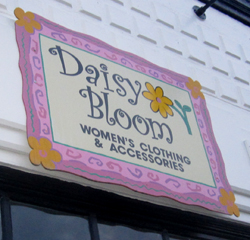 Michelle has re-stocked the store...

Doug Bison is gonna move his gallery over to where the Guruda & I was for years on First Street.

Meanwhile, Michelle Waldron isn’t moving Daisy Bloom, but she’s been sharing her spot with Creme Brulee…now that they’re gone, she’s been re-stocking the store & the place looks great! Drop by & check it out!

Teri & Be Chic Boutique are aiming at a March 12th re-opening in her new spot where Dominique’s House was (Dom has everything out at Roche Harbor, now). 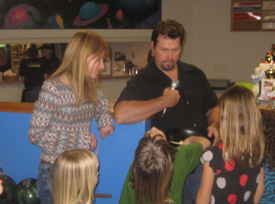 Heather & Ken get some help from the kids with Saturday night's raffle during the Xtreme Fitness anniversary party.

Heather & Ken aren’t moving Xtreme Fitness any time soon – they had a first year anniversary party last weekend at the bowling alley, and it appears the gym just keeps growing, as they passed their 500th membership signup last month.

Haven’t been by to see if Gordy’s re-opened the Bean yet…gotta get back to you on that.

Early spring goodies this weekend with the Saturday Farmers’ Market, which is moved inside at the high school’s commons/dining room. See ya from 10am-1pm 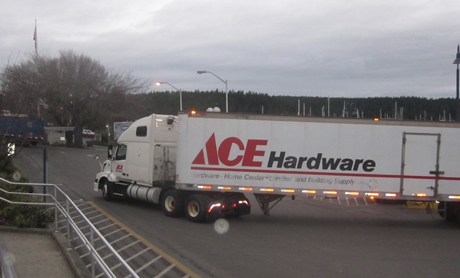 The big trucks keep bringing stuff to load the shelves at Ace....that's one getting off the ferry last Friday morning in the fog.

• Another way to brighten your day… 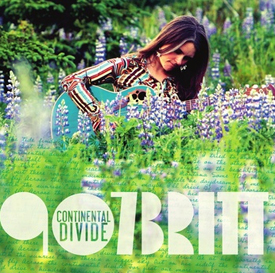 You can download Alaskan songwriter 907Britt’s new album (and hear the individual tracks from it!) if you click right here.

She has a concert set on the 19th at the Doctor’s Office, too.

• One way to find out about the specials at Kings Market:

They change every week, and if you find the button over in the ads to your left, you’ll see what’s special this week. (Click here to get the idea.)