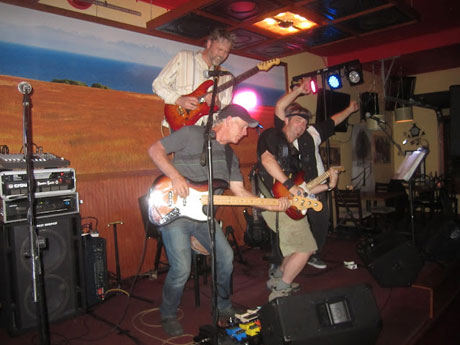 Hope you’re getting outside  – quick, before the summer’s over….here are some of the folks you’ll see around the island:

St. David’s is an early childhhod facility that provides opportunities for preschool children to explore,reason, create, problem solve and communicate with a curriculum that naturally engages the developing mind. 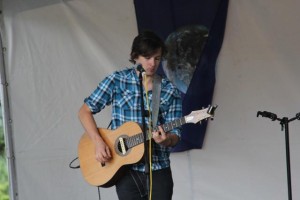 Avery Adams is featured along with Ed Wilson at this week’s Friday Harbor Art Market….photo by Ted Strutz.

• Drop by Isle Be Jammin’ on Spring Street – Kirk is starting up the fall lessons for guitar, ukelele and more this week! 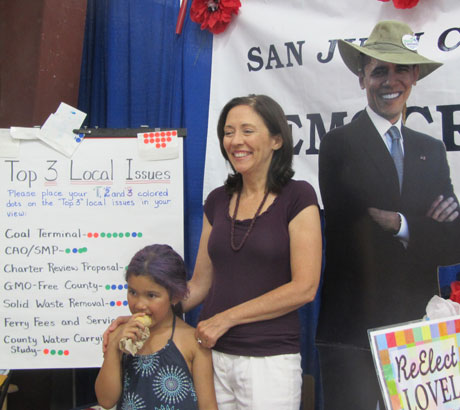 US Senator Maria Cantwell took a moment to pose with a young friend at the Democratic Party’s booth last Friday at theSan Juan County Fair…photo by Alison Longley (thanks, Alison!)

On the afternoon of Tuesday, August 14, two fire engines left San Juan Island to assist nearly 1,000 firefighters from around the State of Washington to battle a wildland fire near Cle Elum.

When they left San Juan Island, the “Taylor Bridge” fire was rapidly growing, threatening multiple homes and power lines, and was completely uncontained.  Since their arrival, Lieutenant Tad Lean and Firefighters Michael Henderson, Matthew Dobbs and Joseph Foriska have been working the night shift, helping to keep the fire from jumping containment lines and looking for spot fires.  As of Monday morning, the fire has grown to more than 23,000 acres but is now nearly 50% contained.

San Juan Island Fire Rescue participated in the Statewide Fire Mobilization System, coordinated by the State Fire Marshal.  The system reimburses participating agencies for their costs.  The firefighters that participate gain valuable experience that they can bring back with them and share with all of the island’s firefighters.

Predominantly staffed by volunteers, the agency operates eight fire stations, numerous fire engines and other vehicles as well as the region’s only fire boat.  In 2011, the fire department responded to 285 calls for service.

Residents of Brown, Pearl and San Juan Islands are encouraged to contact the fire department if they are interested in becoming a firefighter.  The next recruit academy begins on September 5th with an evening orientation meeting at the Mullis Street fire station. 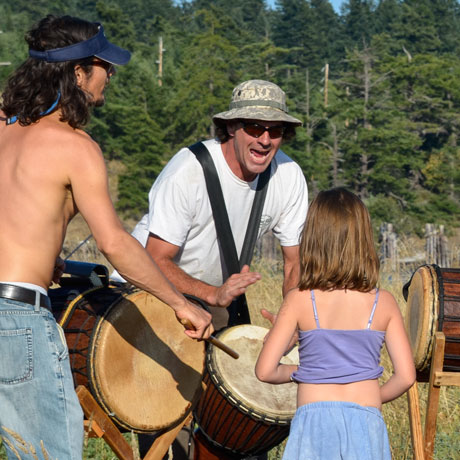 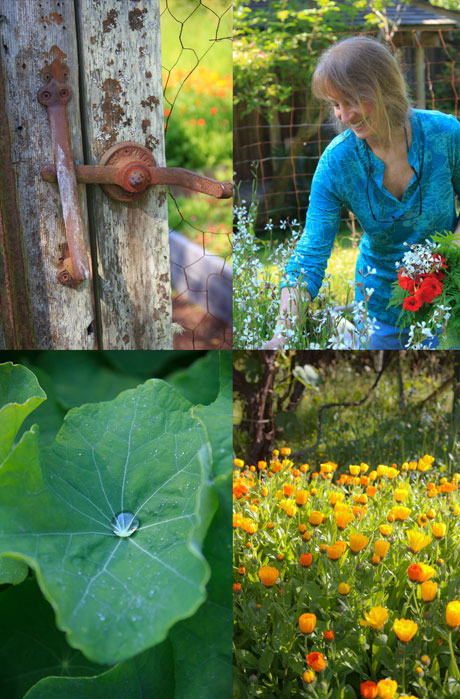 • There are beautiful photos (hey, you gotta see this!) and a wonderful writeup for Duck Soup Inn, one of the island’s treasures here. Just great.

• This may seem a bit random, but I just read a great article about how the Finnish school system may offer some lessons in how to educate kids better….take a look & see what you think. It’s good to check out people who are doing it right….

• The parks are looking great, and there is still work to do – here’s more from the National Park Service’s Shaun Hubbard:

I would like to extend a thank you to the San Juan Islands Chapter of the Washington Native Plant Society for getting the word out, and to Mike Vouri and Jerald Weaver of the National Park Service for an informative walk and talk at American Camp on Sunday August 12. We learned about the geological and cultural history of the prairie, how nature and humans have altered the landscape, and about the Park’s Prairie Stewardship Plan.

There are only 3% of native prairies remaining in the Puget Sound region, and we are fortunate to have the largest in the County, right here in our own National Historic Park (both at American and English Camps). The health of the prairie is threatened, however, and that is why the Park is embarking on a restoration/stewardship plan.

Now our Park needs to hear from us – what we envision the future of the prairies to be and what are some ways to get there. Comment forms are available at the Park’s booth at the Saturday Farmer’s Market or the Park’s office at 650 Mullis Street. You may also submit comments online at www.parkplanning.nps.gov/sajh or by email at sajh_superintendent@nps.gov. Please send in your comments by September 4. Thank you.

• Jan at Wolf Hollow tells me they could use a handyman volunteer for a couple of hours….can you give a hand?

• Let’s check what’s on tap at Lavendera Massage this week:

Compassionate Communication teaches tools to connect empathically and authentically with ourselves and others.  These tools enhance all relationships for individuals, couples, families, organizations and ultimately communities, engendering compassion between people.  This introductory workshop introduces a study of Marshall B. Rosenberg’s NVC, used in over 65 countries bringing people together in peace and harmony.

Presenter, Nancy Soans, has been training the public for over 30 years in a variety of areas, working with children, individuals, couples and organizations.  See www.constructivecompassion.com. 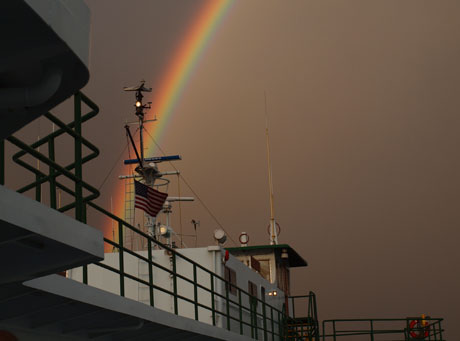 This is from a month ago, but what a great picture of a rainbow, as seen from the Elwha…photo by Rae Schouweiler (thanks, Rae!)