Islanders in stories from around the ‘Net….

It’s fun to see friends from the island pop up in stories – let’s check them out: 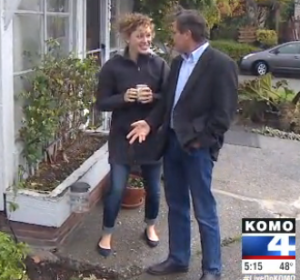 Jess & Matt in Seattle, discussing the missing statue….click here to play the news story from the broadcast.

You know how Jessica Oldwyn has been wrestling (and winning!) with that brain toomah for the past three years (check her incredibly well written blog for the latest).

Well, last week, she had the Buddha statue from her front yard swiped, and it was cool that the TV folks at KOMO 4 News wanted to make a little story about the former FHHS (’99) grad.

Here’s Jess’s backstory, and click here to see the news story itself. 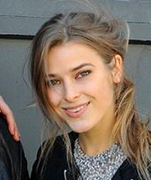 Emree, that girl from Friday Harbor….

Meanwhile, it wasn’t surprising to see Rhiana Franklin (FHHS ’12) in a music video – she’s been making friends in Nashville with her singing & playing, so she’s making the connections.

She appears in this one by The Cavalry, without singing, and does a good job – check it out!

These days she’s going by Emree Franklin (the name Rihanna’s being used by another performer, as you may have heard).

Last month Guitar Center featured her in its October newsletter, in which she talks about guitars & sings a song….if you haven’t heard Emree before, check this out & you’ll get an idea of why she has a whole island behind her as she moves ahead in the music business – way to go! 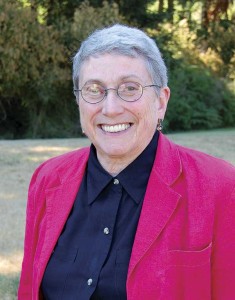 It was cool to see our Internet/phone trials & tribulations from two weeks ago written up by Glenna Hall for The Atlantic magazine (here’s the essay, called “A Parable of Disconnectedness.”).

Glenna was appointed to the OPALCO Board last summer, so she’s got a front row seat for electrical & connectivity matters here.

A little bit about Glenna: