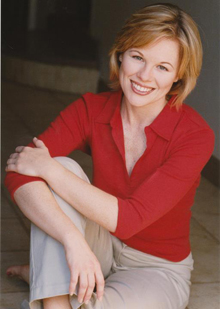 It’s always fun to read someone’s first novel, if only because you feel you know them a little better after finishing it. Islander Jill Urbach has put together a sweet story called Two Room Flat which spotlights two people who know each other’s losses too well, and are thrown together by fate and opportunity. She tells a story in which the plot’s twists help you understand her characters better, with a page-turner’s skill that makes the reader care how things are going to turn out. Jill tells a good tale.

Jill knows her stuff: she addresses the inside world of writers, aviators, publishing, and more with an authority that adds to the authentic voice you hear. You’re going to like this one.

I caught up with Jill and had the chance to ask a few questions. Here’s what I learned:

Q. It’s fun to follow Claire’s adventures in the writing world, as well in the “learning how relationships work” world. How much of this is autobiographical? 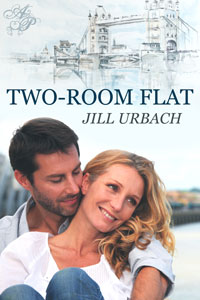 I completely made up the characters at Robbinswold Publishing in London. I’ve never met anyone like Sir Malcolm, but wouldn’t he be a hoot? And in real life, sexy Steven, the marketing director, would be more of a publicist, hired by the author. But I wanted Steven to work for the publishing company, so I fudged things a bit. Also, the whole process of publishing a book takes longer than it did in my story.

As for Claire’s agent, Flo, I loosely based her on a manager I had when I was an actress in L.A. However, when I attended the Pacific Northwest Writers Conference, I met a New York literary agent who was exactly like Flo. (The book was already written.) I called my husband immediately and said, “I just met the real-life Flo!”

Q. The book traces two people’s paths to healing after great loss. What do you think is the key to arriving at the other end of that path?

A. Hmm, that’s a tough one, and possibly different for everyone. I did a lot of research on people who had lost loved ones, including interviewing those who had gone through it. My most depressing day of research was the day I spent reading the posts from online support groups of those who had lost spouses. From my limited (thankfully) personal experience of loss and what I’ve learned from others, it seems to be a combination of time (which is a different amount for everyone) and faith. God promises that He won’t give us anything we can’t handle with His help. So, clinging to that faith knowing that God still has good things in store for us, and giving ourselves whatever time we need to process the stages of grief are the “keys.”

Q. The first part of the book takes place on a small island in Washington State (that would be us.) The rest is in the UK…did you do on-the-ground research for the British part? Why did you choose these as backdrops for the story?

A. The idea for Two-Room Flat actually came while I was visiting London on my way home from a mission trip to Kenya. So, yes, I did on-the-ground research. I wish I could have justified much more! London is one of my favorite cities, so setting my story there allowed me to spend lots of time there, at least in my imagination.

Some of the ideas in the book came from past trips to London. Claire’s blog post about her disastrous tea at The Heiress was exactly the experience my mom and I had at The Ritz.

Q. Claire’s novels involve an adventurous heroine named Hetty. How much is Hetty actually Claire, and how much is Claire really Hetty?

A. Ah, Hetty, the lovable wild child. For those who haven’t read the book, “Hetty” is Claire’s heroine in the series she’s written. There’s not much of Claire in Hetty, although I haven’t actually written the Hetty books yet, so we’ll see what comes out if/when I get around to writing them. As for Claire, Hetty is her impetuous, unedited alter ego.

Q. Where can people buy the book?

A. Two-Room Flat is available from most online eBook retailers, including Amazon, B&N, iTunes, and Kobo (credit Village Books/Bellingham).

Q.  Do you have anything else in the works?

A. In December, Family Fiction Magazine will publish my short story, “The Knight Before Christmas.” Then, my next novel, titled Mr. Impeccable, comes out in the spring. That novel follows the story of Claire’s daughter, Anna. It is set in Friday Harbor.