Dateline Victoria: The ferry to Sidney is running again! 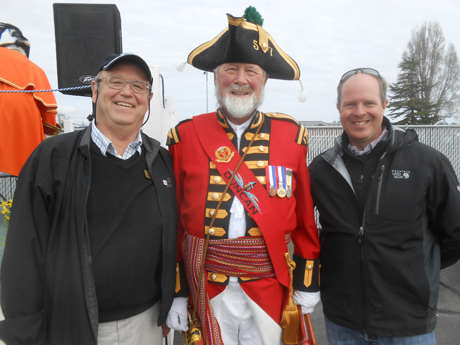 San Juan County council members Bob Jarman (left) and Rick Hughes join the town crier from Duncan, BC to celebrate the first ferry run of the spring from the mainland US and San Juan Island to Vancouver Island.

Victoria, BC – OK, we’ll admit it: it’s been tough not having the easy ride to the island, the last three months. Josie & I think of things to do, plays to see, people to hug, and the Sidney/Anacortes/Friday Harbor ferry hasn’t been scheduled since early January…but now it’s back. 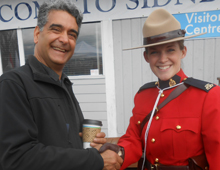 Friday Harbor Town Council member Farhad Ghatan visits with Mountie Jessica, who is on hand to welcome the first ferry of the season.

One of the parts I like is the opening of the run, around this time. For years now the city of Sidney has put on a nice event to welcome the first ferry of the spring, and this year was no exception.

(Here’s the TV news report of  the welcoming ceremony, from CHEK news, in Victoria.)

Yesterday, we drove up from Victoria in time to see the ferry come around the corner, and to see the first ferry passengers in three months disembarking to the sounds of a bagpiper. The mayors of Sidney, Anacortes & Central Saanich (just below Sidney), as well as members of the county council & town council from San Juan Island spoke to their commitment to keep the ferries running between our two countries. 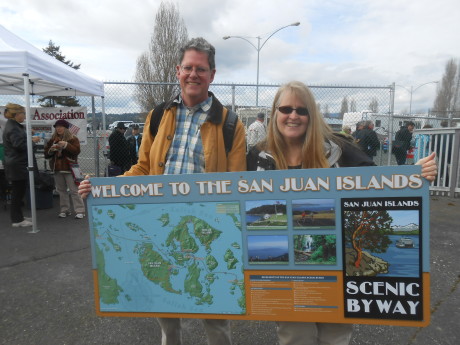 Since I moved to Victoria 15 months ago, I’ve been surprised how many friends have come to visit & say, “I had no idea how easy it is to get here.” 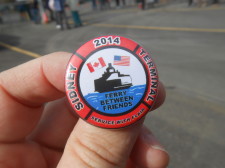 I’m betting that’s what you’ll say on your first visit as well. And you can leave the car at home (way cheaper that way!) because the bus runs from Sidney straight to Victoria…or stay & visit Sidney, which among other things has more bookstores per square inch than anyplace, as well as a beautiful walk along the harbour.

Glad to have the ferry back! See you soon! 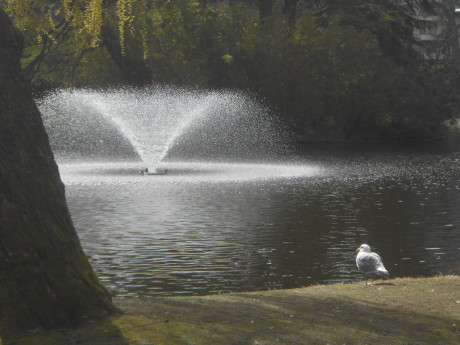 Yes, it’s springtime in Victoria & everything’s in bloom…that’s Beacon Hill Park in Victoria. (Click to make it bigger!)  All photos by Ian Byington.