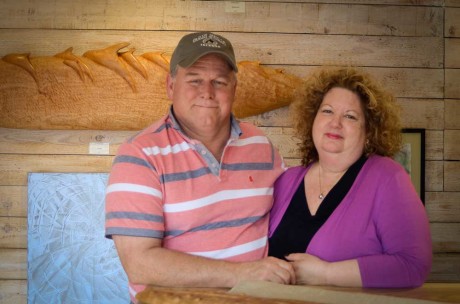 Terry and Janie Ogle have opened an Art Gallery in town called Ogle Fine Arts Studio. It’s right there on First Street, across from the Rumor Mill, next door to the flower shop. (180 First St. to be exact). They opened in mid-March and they have Terry’s wood carvings, watercolor paintings and abstract acrylic paintings, and also Janie’s hand-painted silk scarves which she does with various brushes at her home studio. 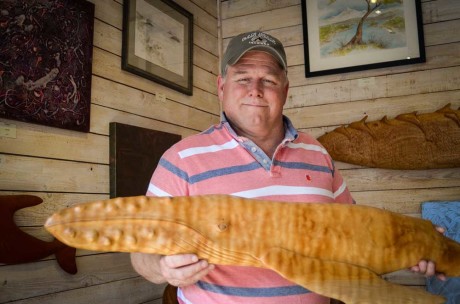 Terry calls it a “rustic, quaint, tiny little gallery with whitewashed cedar planking walls like a boathouse”. It’s barely 200 square feet, and very cozy and comfortable. Terry’s artwork covers the walls and Janie’s scarves perch on a stand near the front window. 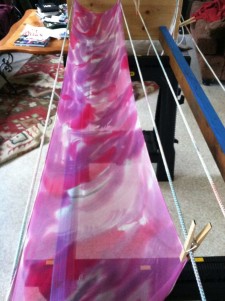 Terry says he has been an artist all his life, but became much more active with painting and carving in Corpus Christi, Texas back around 1984. They both moved to the island 21 years ago and Terry has been running his commercial painting business for 20 of those years. He has won awards for his carvings at the Quil Ceda Carving Competition.

This new gallery is a family business, so you’re likely to see any number of different family members minding the shop when you visit. And it’s a “working studio” as well, so you may see visiting artists as they work to create their art.

Go drop by and say hello and check out the cool stuff they do. (and look very closely in the eye of the Humpback carving…)