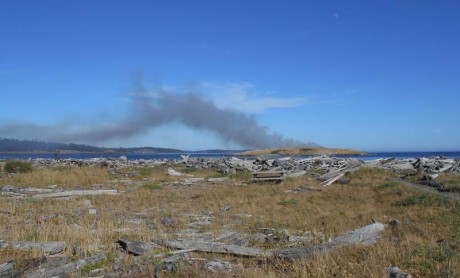 Sheila Harley of SJI Fire Rescue sends over this notice…

Smoked filled the air at Cape San Juan as some time just before 6 PM on Friday evening, June 26, neighbors of Cape San Juan heard a “boom” from the direction of Goose Island, then saw flames coming from the Lopez side of the island. Dispatch was notified and the Fire Boat Sentinal was dispatched. 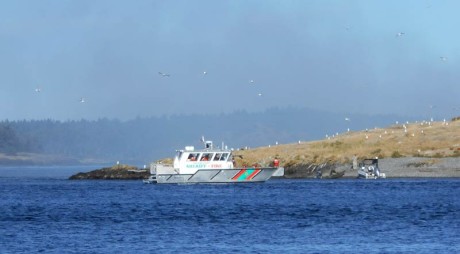 Two residents of Cape San Juan sped in their private boat over to Goose Island carrying several fire extinguishers and attempted to put the fire out. According to them, people in a white Trophy style boat were testing a home made fire cracker which set the grass on fire, which quickly spread over the east side of the island. 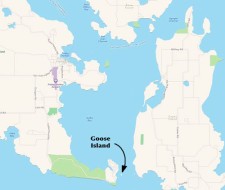 Goose Island is managed by the Nature Conservancy and visiting is prohibited except for researchers from the University of Washington Friday Harbor Laboratories.

Upon arrival, the Sentinal ‘s fire fighters pulled out a hose and started spraying water on the fire which showed flames to the viewers on the Cape San Juan side of the Island. After working on the fire until 8:15 PM, it was decided to let the fire burn itself out over night.