This Weekend at Griffin Bay Bookstore

Griffin Bay has a couple of events going on this weekend: First up is the Author event with Ann Hedreen, discussing her book “Her Beautiful Brain” on Saturday, and then local author Rod Kulbach and his book “Seventeen Stories…and More” on Sunday. Click below for the rest of the story… 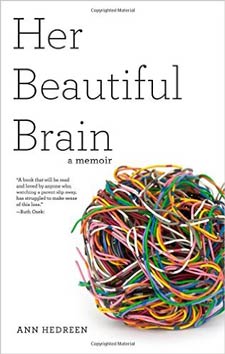 Her Beautiful Brain – Griffin Bay Bookstore is proud to present Ann Hedreen and her wise and honest memoir—Her Beautiful Brain. Anyone who is caring for a loved one with dementia or has lost someone precious to the ravages of Alzheimer’s, plan on meeting and talking with the Seattle author and filmmaker on Saturday, November 28, 2:00—4:00 pm. Don’t miss this opportunity.

Her Beautiful Brain is Ann Hedreen’s story of what it was like to become a mom just as her beautiful, brainy mother began to lose her mind to an unforgiving disease. Arlene was a copper miner’s daughter who was divorced twice, widowed once, raised six kids singlehandedly, survived the turbulent ‘60s, and got her B.A. and M.A. at 40 so she could support her family as a Seattle schoolteacher, only to start showing signs of Alzheimer’s disease in her late fifties, taking Ann and her siblings on a long descent they never could have anticipated or imagined.

For two decades―as Ann married, had a daughter and a son, navigated career changes and marital crises, and built life making documentary films with her husband―she watched her once-invincible mom disappear. From Seattle to Haiti to the mine-gouged Finntown neighborhood in Butte, Montana where she was born and grew up; from Arlene’s favorite tennis club to a locked geropsychiatric ward, Her Beautiful Brain tells the heartbreaking story of a daughter’s love for a mother who is lost in the wilderness of an unpredictable and harrowing illness.

“A book that will be read and loved by anyone who, watching a parent slip away, has struggled to make sense of this loss.” –Ruth Ozeki 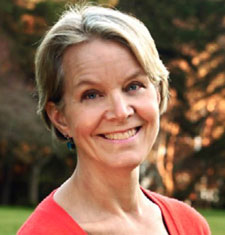 About the Author
Ann Hedreen is a writer, filmmaker, teacher, and voice of the radio podcast and the blog, The Restless Nest. She teaches memoir writing twice a year at Seattle Central College. Ann and her husband Rustin Thompson own White Noise Productions and together have made more than 100 documentary films, including Quick Brown Fox: an Alzheimer’s Story. Ann and Rustin have two grown children and live in south Seattle. Ann has a BA from Wellesley College, an MFA from Goddard College and is an alumna of the Hedgebrook retreat for women writers. She is on the Marketing and Communications Committee of the Alzheimer’s Association’s Washington state chapter, is a member of Women in Film Seattle and is a volunteer tutor with Horn of Africa Services. Her writing has been published in the Wall Street Journal, The Seattle Times, Seattle Metropolitan Magazine, Minerva Rising and many other publications. 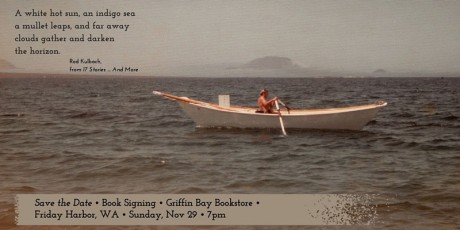 Seventeen Stories . . . and More – Please join us at the bookstore when veteran sailor and longtime islander, Ron Kulbach, reads from his second  book, on Sunday evening, November 29, 7:00 pm. If you’ve read Baja Dreaming, you’ll want to hear Rod read from and discuss his latest work.

In Seventeen Stories . . . and more San Juan Islander Rod Kulbach brings together a a varied collection of stories and poetry. A couple of guys slurp beer and ponder the fate of Native Americans. A Marine Corporal stows away on a navy ship, bound for Cuba. There are sailing stories and there is poetry, a woman’s long love affair with a desert by the sea. There is heartbreak on a sultry night, and the writer clues us in: each story can stand on its own, without leaning on what came before, or after. Are these stories fact or fiction? Rod lets the reader decide. 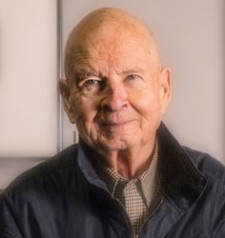 About the Author
Rod Kulbach has always lived on or near the water, beginning with his early years on the Weser River in Germany. From there, the family immigrated to Lake Geneva, Wisconsin, where Rod learned to love boats and to hunt and fish and dive. (He was the youngest SCUBA diver on the lake).

Rod joined the marines and was introduced to the Pacific, serving in Okinawa and Camp Pendleton. He also visited Baja California, Mexico, a region he would fall in love with in the coming years. Following his service, Rod returned to Europe, living in Italy and Greece. Two years later he left for Australia, where he worked as a diver on a massive construction project at Northwest Cape, Western Australia. A year later, Rod crewed on a sailboat sailing clockwise around the top of Australia.

Though he embraced the cruising life, he returned to the States to build a boat and to finish his education. There followed years of boatbuilding, cruising, and sailing, and Rod and his partner Barbara Cox settled in the San Juan Islands, where he consolidated his writing, some of which was published by Sail and Cruising World. He published Baja Dreaming in 2009. Seventeen Stories … and more is his second book.