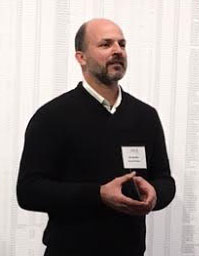 The board of SJIMA has accepted the resignation of its Executive Director Ian Boyden, who plans to pursue his career as an artist and freelance curator.

Mr. Boyden and his family plan to remain on San Juan Island. He will continue on as an advisor and guest curator to the museum.

According to Board President Charlie Bodenstab, “Ian brought great vision and powerful programming to the museum and we wish him the best in his future endeavors.”

A search committee will be formed to fill the Executive Director’s position. Until that time, Mr. Boyden will serve on an as needed basis during the transition.