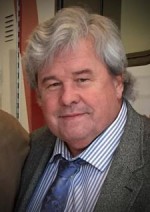 Two town hall meetings this week drew a total of perhaps 60 residents to learn about the Emergency Medical Services budget and plans for a possible levy vote in August.

The new EMS Chief, Jerry Martin, told those at both meetings that the proposed budget now balances if a property tax levy rate of 50 cents per thousand can be approved by the voters.

It is the public hospital district board that will determine what levy to ask for, and when.

Their next meeting is Wednesday, April 27, at 5:30 in the county’s legislative building across from the courthouse – open, as always, to the public.

At the town hall meetings Chief Martin provided background information, presented a rough but balanced budget, and asked for support of a levy at the 50-cent level.

A fact sheet (EMS Levy Q&A) handed out at both meetings is available to the public in either hard copy or electronically from district superintendent Pamela Hutchins at 378-2857 or hutchins [@] sjcphd.org.

The public is also encouraged to send questions and comments to Hutchins.