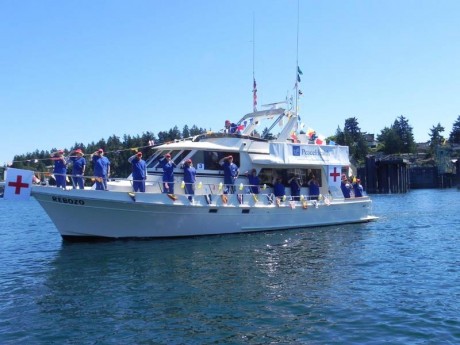 The Opening Day Boat Parade, “A Community Afloat” on May 1st was a wonderful, fun community event! Forty boats were involved in the Opening Day festivities. Orca Star with the American Legion Post 163 Color Guard led the parade, saluted by 3 volleys from the American Legion Rifle Salute Squad, and followed by the classic wooden boat Baten with Grand Marshall, Sheriff Ron Krebs.

Community boats competed in one of four categories; winning boats and their skippers are listed below:

The Parade Awards Ceremony and dinner was held at the San Juan Island Yacht Club, with a packed room, and was a grand ending for “A Community Afloat”.