Kendra’s Going Exploring on the Nautilus 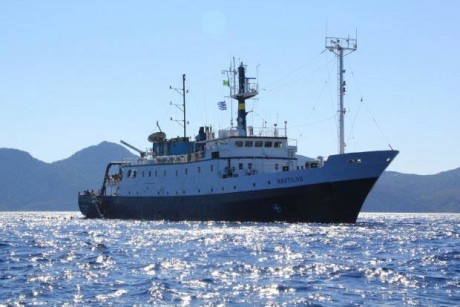 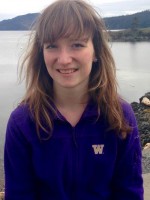 FHHS Junior Kendra Clifton-Pew has been selected to explore the ocean on the “Nautilus”, the exploration vessel used by Dr. Robert Ballard when he discovered the Titanic shipwreck.

Kendra has been selected as a 2016 Honors Research Program Student and will sail aboard Exploration Vessel (E/V) Nautilus during its 2016 expedition. She will join the Corps of Exploration in August as they explore the California Margin, a broad area that fits entirely within the US Exclusive Economic Zone (EEZ) but that still remains largely unexplored.

The margin region is criss-crossed by seismically active faults, (although how often these may be rupturing is subject to much debate.) Much of our understanding of the California margin is based on shipboard surveys, remote sensing, and circumstantial evidence, with very little deep submergence exploration.

Seventeen educators and twenty-two students from around the world have been selected from a competitive pool of applicants by the Ocean Exploration Trust (OET) to participate at sea during the 2016 Nautilus Exploration Program expedition.

OET, a nonprofit founded by Dr. Robert Ballard in 2008, has the mission to explore the ocean, seeking out new discoveries in the fields of geology, biology, maritime history, archaeology, physics, and chemistry while pushing the boundaries of STEM education and technological innovation.

The selected educators and students hail from schools, universities, after-school programs, science centers, aquaria, and non-profit organizations in twenty states in the US and Australia. They will join the Nautilus Corps of Exploration during sea-going expeditions from May through September in the Eastern Pacific Ocean.

“Having lived most of my life on an island, I am excited to join the Nautilus crew to further my knowledge of oceanography and then apply what I learn to make an impact in the world around me.”

As members of the Corps of Exploration, educators and students will stand watch alongside scientists and engineers, as well as participate in live interactions with shore-based audiences via Nautilus Live, a 24-hour web portal bringing expeditions from the field to future explorers on shore via telepresence technology at www.nautiluslive.org and via social media.

OET promotes science, technology, engineering, and mathematics (STEM) education around the world using the excitement of exploration and innovation to inspire the next generation of scientists and engineers. In 2014, OET began targeting its suite of education and outreach programs to specific communities through an exciting new initiative, the Community STEM Program (CSP). The CSP allows partner communities to engage community members in all of the educational programs OET offers, which are designed to guide young students to early career professionals and educators through a series of programs focused on STEM fields and vocations, increasing the impact the programs can have in any individual location. OET’s focus on the CSP represents a new approach that forges relationships across community partners with the common goal of increasing STEM literacy and proficiency.

“One of the major goals of our Nautilus Exploration Program is to inspire the next generation of explorers in STEM fields,” said Allison Fundis OET’s Vice President of Education, Outreach and Communications, “we are very excited to provide educators and students with the direct experience of ocean exploration, while allowing them the opportunity to share that experience with their peers around the world.”

The Honors Research Program (HRP) will bring eight rising high school seniors from across the United States to the University of Rhode Island (URI) Graduate School of Oceanography (GSO) for a 4-week academic summer program followed by 1 week aboard E/V Nautilus. Students will live at the University of Rhode Island (URI) and will work with scientists, engineers, and science communicators at the URI Graduate School of Oceanography (GSO) in a program highlighting the interdisciplinary nature of ocean science and exploration. Following the program at URI GSO, students will join the Corps of Exploration as members of the onboard science team as they explore off the coast of California in the Eastern Pacific Ocean.

Kendra Clifton-Pew will participate in live audio commentary and question-and-answer sessions through the Nautilus Live website (www.NautilusLive.org) while aboard the ship; she will also engage in events and activities upon her return. Global audiences can tune in to the website, Facebook or Instagram at NautilusLive, and on Twitter as @EVNautilus to follow their expedition.

The public, scientists, educators, and students can join Kendra’s adventure while she is at sea via streaming video on www.nautiluslive.org, a 24-hour portal bringing expeditions from the field to onshore audiences through telepresence technology. The public can also follow the expedition on social media  on Twitter as @EVNautilus and on Facebook and Instagram as NautilusLive  and through in-person live interactions at partner museums, aquaria, and science centers around the world.

About the Ocean Exploration Trust

The Ocean Exploration Trust was founded in 2008 by Dr. Robert Ballard to explore the ocean, seeking out new discoveries in the fields of geology, biology, maritime history, and archaeology while pushing the boundaries of STEM education and technological innovation. Our international program is launched from aboard the Exploration Vessel (E/V) Nautilus, offering live exploration to participants on shore and the public via live video, audio, and data feeds. The major 2016 expedition and education sponsors are the NOAA Office of Exploration & Research, the Office of Naval Research, NOAA Office of National Marine Sanctuaries, NOAA Pacific Marine Environmental Laboratory, the University of Rhode Island, CITGO, and additional private donors. Follow us online at www.nautiluslive.org, on Facebook and Instagram at NautilusLive, and on Twitter as @EVNautilus.