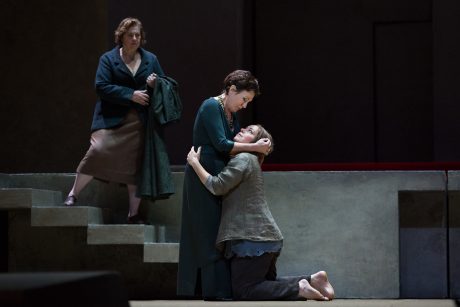 Greek tragedy meets early-20th-century Freudian psychology in Richard Strauss’s opera, Elektra, the final installment of the 2015-2016 The Met:Live in HD season. The opera will be screened at San Juan Community Theatre THIS Sunday, May 29 at 2:00 pm.

The genius director Patrice Chéreau (From the House of the Dead) didn’t live to see his great Elektra production, previously presented in Aix and Milan, make it to the stage of the Met. But his overpowering vision lives on with soprano Nina Stemme—unmatched today in the heroic female roles of Strauss and Wagner—who portrays Elektra’s primal quest for vengeance for the murder of her father, Agamemnon.

Tickets are available at 378-3210 or www.sjctheatre.org