Author Event at the Library

Griffin Bay Bookstore and the San Juan Island Library are collaborating to introduce readers and history buffs to La Conner author, Ashley Sweeney, and her debut novel Eliza Waite on Saturday, June 18, 7:00 pm at the Library. 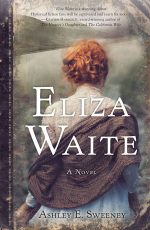 After losing her husband and only child, Eliza takes refuge in the islands. Ungainly and bookish, she prefers her own company and subsists with careful planning. Her single joy is baking, which she rarely can afford to do. Endowed with a streak of independence, she has always chafed against society’s attitudes toward women. After reading some of the feminist writers of her time, and as she emerges from her grief, she imagines new opportunities. 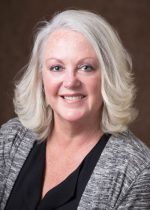 With a name change and no small dose of courage, she heads off to the Klondike in search of her future, joining the rough and tumble fortune seekers who flocked to the gold fields. She lands in Skagway where she opens a bakery with the support of friends from unlikely quarters. She begins to flourish as a business owner and independent woman, while facing threats that could undermine all she has built.

Part diary, part recipe file, and part Gold Rush history, this is a story about trail blazing, reinvention, and grit, as well as a colorful time in American history.

About the Author
A native New Yorker, Ashley Sweeney lives in La Conner. She is a graduate of Wheaton College in Norton, Massachusetts and is an award-winning journalist in Washington State. Eliza Waite is her first novel.