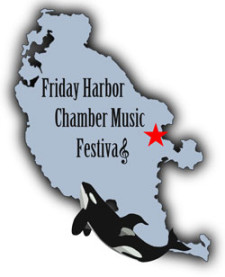 The second annual Friday Harbor Chamber Music Festival, played by Northwest professionals and featuring the best of local composers and performers, returns to San Juan Community Theatre on Wednesday and Friday, June 29 and July 1 at 7:30 p.m. and Sunday, July 3 at 2:00 pm. 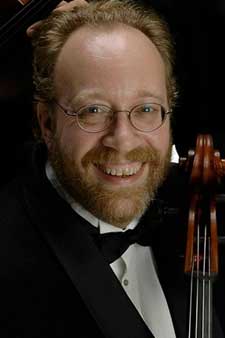 This year’s festival grows to three performances (and a Night Music in the Gubelman Theatre on June 30) with a mix of pieces from the greats like Beethoven, Handel, and Brahms to pieces by Island composers Alex Shapiro and Grisha Krivchenia on the program on Friday, July 1, also featuring popular island clarinetist, Sue Collado. The final concert on Sunday, July 3, with tenor Todd Wilander, will feature seldom heard pieces by Vaughan-Williams and Finzi and will being the week to a close with patriotic songs and a singalong.

Each of the festival performances will be completely different, highlighting returning performers pianist Charles Enlow of Shoreline College; violinist Cecilia Archuleta of Seattle’s Northwest Sinfonietta; violist Eileen Swanson of the Pacific NW Ballet Orchestra; and clarinetist Sue Collado of Friday Harbor. Joining the festival this year is violinist Eugene Bazhanov, known to Seattle audiences for his performances on Teatro Zinzani; and from California is operatic tenor Todd Wilander who has performed several times for The Metropolitan Opera.

The Business Partner for the festival is Kings Market. Tickets for each concert are $22 for adults, $11 for student reserved and $5 student RUSH at the door. The SJCT box office is open Tuesdays through Fridays from 11 a.m. to 4 p.m. and Saturdays from 11 a.m. to 2 p.m.