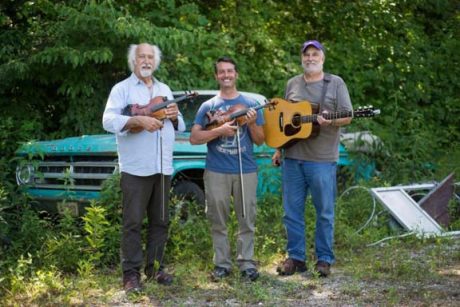 San Juan Island gets to experience the musical magic of a group proclaimed “the best Cajun band in the world” by A Prairie Home Companion’s Garrison Keillor,  THIS Saturday, July 30 at 7:30 pm.

The BeauSoleil avec Michael Doucet Trio takes the Whittier stage for one concert only – a show that takes the rich Cajun traditions of Louisiana and artfully blends elements of zydeco, New Orleans jazz, Tex-Mex, country, blues and more into a satisfying musical recipe.

The BeauSoleil Trio recreates the excitement of the early years of the Cajun revival, by focusing on the traditional twin fiddle and fiddle/accordion pairings, backed by acoustic guitar. Joining Michael Doucet in the Trio are two of his long-time BeauSoleil colleagues: fiddler Mitch Reed, a master Cajun musician and instructor who has been performing with some of the greatest names in Cajun music since he was a teenager; and Michael’s brother David Doucet, a soulful singer and an exceptional guitarist who is credited with making the acoustic guitar central to modern Cajun music. Together they have performed all over the globe.