A Quarterly Review of County Finances 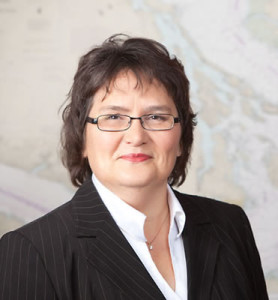 I miss the recession. Oh, not the layoffs. Or the stock crashes. Or the gripping financial fear. But there are things I miss.

For one thing, everybody agreed there was a problem. Today, with construction picking up, tourism flourishing, and jobs returning, it’s hard to wrap your head about the idea that local government revenue is not keeping up with local government expenditures. In such a good economy, how can that be? Sadly, a good economy does not translate directly to improved government revenues. It can, however, raise costs for government, as it does for all residents. (Think housing.) Fact is, the County’s cost of providing basic services is rising faster than the revenue that pays for the services.

Back in 2009, there was no question that we had a problem: jobs were disappearing, values were falling, real estate wasn’t selling. Now, while real estate values haven’t recovered to their pre-recession levels, at least there’s activity. Lots of activity. As a result, real estate excise taxes (REET), which at one point had fallen so low that the Land Bank had to re-fund some of its outstanding bonds because it couldn’t make its loan payments, is soaring. REET also benefits the County’s capital program, which had slowed to non-existent for lack of funding. Now we’re able to fund both deferred maintenance and new projects.

I also miss the single-minded dedication persons both inside and outside the County showed during the bad times. County departments talked frankly about “sacred cows” and worked together to share resources. We trimmed a lot of “fluff” out of the budget. Voters could see that, and backed a $1,000,000 levy lid lift to save some of the County’s endangered programs.

The County made other bold moves during those times. In 2009, at the height of the depression’s grip on San Juan County, the County enacted its first reserve policy. No time like the present to start saving! As a result of that prescience, the County’s cash position is now better than it was at its former height in 2006. Also because of that forward thinking, when the next big one hits (and I’m not talking about earthquakes), we’ll be in a much better position to manage it.

Budgeting was simpler, in some ways, during the recession. No one asked for anything new, because we knew we wouldn’t get it. With prosperity, departments are appropriately thinking about how they can serve their constituencies better. And with prosperity, we may fund some of those new requests (some of which are simply reinstatement of programs lost during the recession). And that’s a good thing, because government’s job is to serve.

But what I miss most is that I always had plenty to talk about during the recession. You know the saying: “No news is good news”? Well, it turns out the converse is also true: “Good news is no news.” Who wants to hear from the Auditor when all she says is, “Another great year for sales tax!” or “Building permit applications are up again this quarter!” or “San Juan County continues to successfully rebuild its cash reserves!”?

Okay, I don’t really miss the recession. In fact, the fear lurking in the back of my head is, “When will the next crash come?” But I do believe that, like most traumas, it has made us stronger: more unified, more clear in our purpose, with better support from the public, and better able to withstand the next recession. For that, I am grateful.