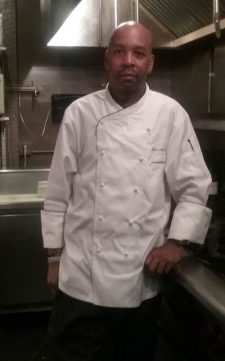 Vin­ny’s Ris­torante has a Sous Chef named Ger­ren Allen who has a big deal com­ing up soon. He’s been all over the coun­try in his career with many dif­fer­ent food and cook­ing relat­ed achieve­ments under his belt.

And just this past August, he won the Taste of Amer­i­ca Chal­lenge in Seafood for the state of Washington.

Here’s wish­ing you the best of luck Gerren!