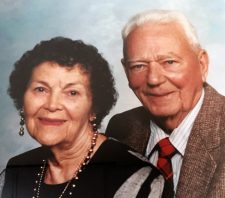 Some of you may remember when island seniors used to gather at the old Grey Top Inn at the fairgrounds. With an active base of volunteer labor and local fundraising efforts, island seniors refurbished the old Home Economics building into what for a number of years provided a home for senior services and senior activities.

An article in The Islands’ Sounder, Oct 31, 1984 quoted then senior services coordinator Jan Elmore saying, “The Senior Center is proud of its ability to do these jobs without government aid.” Islanders have a long-standing and well-deserved reputation for being fiercely independent.

As the years passed it became evident that the old Grey Top Inn was inadequate to the growing needs of island seniors. That is when my uncle Don Mullis stepped up and donated the property where the Mullis Center stands today. There is a plaque on the outside of the building that says, “This land is a gift to the seniors of San Juan Island to honor the memory of our grandparents George and Emma Mullis and our parents Frank and Belle Mullis – from Ina Gustin, James and Florence Mullis Lang, Wallace and Evelyn Mullis, Donald and June Mullis” the date was December 1994. That is why it is called the Mullis Center. From the Mullis Center the land extending toward Argyle and including the historic Mullis House is where George and Emma Mullis built their home and where later, Frank and Belle Mullis raised their family. 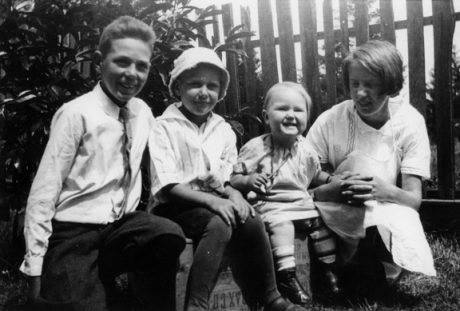 While the land was a gift, the building of the Mullis Center was again dependent on community fundraising efforts. The Mullis Center has been community funded for community and senior use since it began in 2001. The Mullis Center is an independent non-profit managed by an all-volunteer Operations Committee. Every fall new members are elected to the Operations Committee. I will have more to say about this fall’s election in an upcoming article.  Meanwhile, I’d like to encourage your participation. We have a beautiful facility, one that we can all be proud of and one that will require our ongoing energy and support to remain vital.