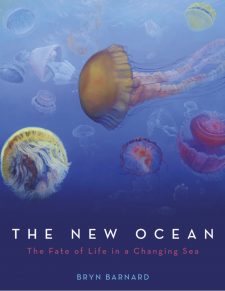 The New Ocean by Bryn Barnard

Griffin Bay Bookstore and the San Juan Island Library present Bryn Barnard and his new children’s book at the library on Wednesday, July 26 at 7:00 pm…

Griffin Bay Bookstore and the San Juan Island Library are collaborating to present former islander Bryn Barnard and his latest book for children ages 5—8, The New Ocean: The Fate of Life in a Changing Sea. The author hopes that his thought-provoking book, wrapped in stunning marine images, may spur youngsters to action. “We need science. We need you,” Barnard says.

In a book that’s part compendium of fascinating ocean facts, part wake-up call, Barnard (The Genius of Islam) sounds a warning bell for the world’s seas. After an introduction that discusses the rise of overfishing, global warming, and ocean pollution, the narrative turns to six sea-dwelling creatures (blue-green algae, coral, jellyfish, orcas, sea turtles, and tuna), speculating how each might fare if these trends continue. Noteworthy biological details about each organism precede disturbing facts about the negative impact modern societies have on ocean environments, and in turn, these creatures. The detail and perspectives in Barnard’s paintings will awe readers, even as some scenes appear surreal: an overhead shot of a kayaker paddling into a garbage patch; a turtle’s shell horribly deformed by a plastic six-pack ring. 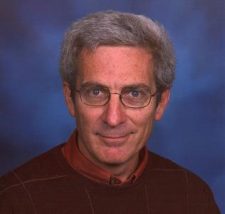 About the Author: Bryn Barnard is an author and illustrator whose previous books include The Genius of Islam; Outbreak! Plagues that Changed History; and Dangerous Planet: Natural Disasters that Changed History. As he was working on this book, he wanted to get under the ocean to see, with his own eyes, what he was writing about and painting—so he learned to scuba, which allowed him to experience the beauty and power of the ocean in a new way.