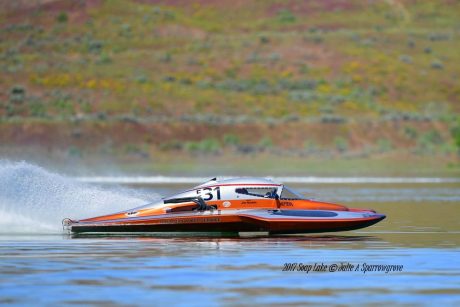 It’s now official as of this morning – Jim Mauldin of Mauldin’s Well Service here on the island has taken the world speed record for hydroplane racing in the 5-Liter class of hydroplanes. According to Jim’s father Al, the old record was 101 mph and Jim’s new record is 110.5 mph.

This happened at the Soap Lake Regatta, a May 20th – 21st racing event put on by the Seattle Drag and Sprint Boat Association – a regional member of the American Power Boat Association. 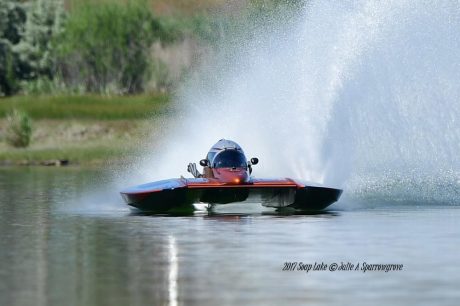 The race took place on a 1-2/3 mile course over 3 laps totaling 5 miles. The speed was calculated off of lap times.

Jim officially broke the National Speed Record, which was verified and validated about 10 days ago, and now he has official validation of the World Record as well.