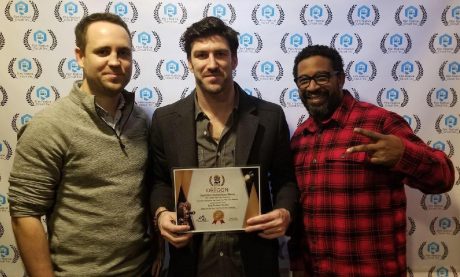 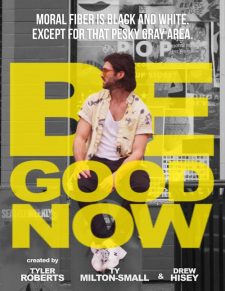 Tyler grew up here and graduated from FHHS in 2005 and Western Washington University in 2010. His parents are Mary and Roy, and he is the grandchild of Kip and Kitty.

“Be Good Now” is a story written by Tyler. He is the lead actor and he also co-directed the film with his friend Ty Minton-Small.

Tyler and his brother Trent both got their start in filmmaking back in Middle School with all their neighborhood friends on Park Street. Since then he has made many short sketch comedies and guerilla style videos, but never anything too serious. In fact, this is the first time he ever submitted a film to a film festival.

If the film had been rated, Tyler guesses it would have an “R” rating because of language and subject matter. (It’s the story of a middle school JV football coach who supplements his income to make ends meet by selling marijuana.) “But don’t let that scare you – the film has a good message” he says. “I wanted to say something to today’s youth about decisions and consequences”.

See the film trailer here on Vimeo. (Note: there is R-rated language on the trailer so be warned – And yes, that’s Tyler as the JV coach). Also, this will be showing in Bellingham this weekend at the Bellingham Film Showcase on February 25th.