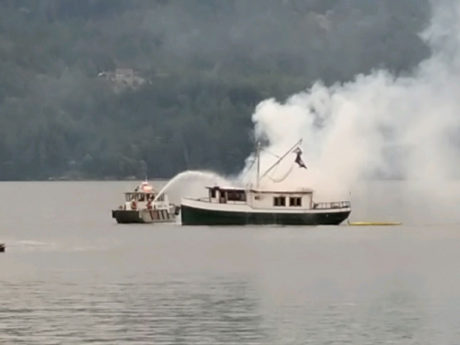 From the SJC Dept. of Emergency Management… 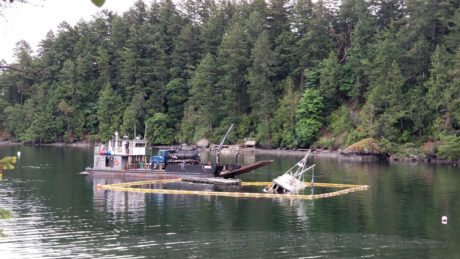 On scene, the MV Sanctuary, a 38 foot wooden trawler was smoking heavily and clearly on fire. There were no people on board when the fire started. The fire was unable to be extinguished, and the vessel sank in the waters of Judd Cove. The cause of the fire is not known at this time.

Some leakage of fuels on board has occurred and an apparent sheen of fuel has been visible from air surveys throughout the day. Response personnel from the Islands’ Oil Spill Association (IOSA) have deployed boom in an effort to control the release. There are no observable impacts to wildlife to date. 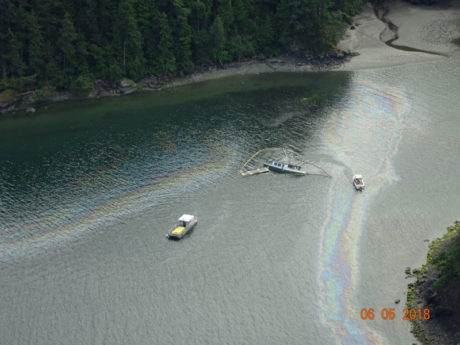 As of 8pm on the day of the spill, Department of Ecology and Coast Guard staff are on scene along with contractors from Global Diving and Salvage, hired to remove all remaining fuel from the vessel and ensure no further pollution. Department of Ecology Staff will be conducting a full shoreline assessment after the overnight work is complete, looking for impacted areas and assessing any need for further clean up.

Once the pollution source is controlled, work will begin to develop a plan for removing the burned hull of the vessel and returning the waters of Judd Cove to their natural state.

Photos are courtesy of Washington State Department of Ecology