TIDES: The Science and Spirit of the Ocean 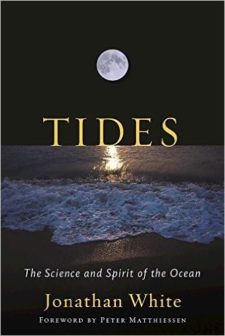 Jonathan White’s Tides: The Science and Spirit of the Ocean won accolades when it first came out, garnering early praise from fellow writers Peter Matthiessen, Thor Hanson, Susan Casey, Gretel Ehrlich, and Carl Safina, among others.

Since then he has gone on to win a Pacific Northwest Booksellers Award and the National Outdoor Book Award for Natural History and numerous others. And now Tides has recently been released in paperback.

If you missed his presentations here last year and if Tides is new to you, Griffin Bay Bookstore and the San Juan Island Library are giving you another chance to hear Jonathan White talk about Tides on Wednesday, August 29, 7:00 pm at the Library.

Expert mariner and marine conservationist Jonathan White’s love for the sea is lifelong. He grew up diving, sailing and fishing on the beaches of Southern California, has logged more than one hundred thousand miles sailing on the Pacific and Atlantic, and has surfed all over the world.

In the 1980s, he founded the Resource Institute, a nonprofit educational organization for which he hosted a renowned seminar series aboard Crusader, a 65-foot wooden schooner that sailed the Pacific Northwest. Crusader’s odysseys nearly ended, however, in 1990 when the boat ran aground and was nearly destroyed on a large tide in Alaska’s Kalinin Bay.

Shaken and intrigued by his underestimation of tides and their power, White set off on a quest across the globe to understand the history, science, and majesty of one of our planet’s most remarkable phenomena.

In Tides: The Science and Spirit of the Ocean, White takes readers on a journey of discovery around the globe to witness the largest, fastest, scariest and most amazing tides in the world; he travels to the Arctic to shimmy down a hole in the ice with an Inuit elder to hunt for blue mussels in the dark cavities below; to the Qiantang River in China to witness the Silver Dragon, a twenty-five-foot tidal bore that crashes its way up the eighty-mile river; to California to shadow the Mavericks competition where surfers paddle into deadly waves sixty feet high. In France’s Mont St. Michel he learns how the monks were inspired by the tide; at the Royal Society of London he discovers how Plato and Aristotle, Leonardo de Vinci, Newton, Descartes, and many other noted thinkers had been captivated by the tide’s mystery, and learns that the book that led to Galileo’s arrest for heresy by the Catholic Church was a treatise originally called The Flux and Reflux of the Tides.

White also demonstrates how, in this age of drastic global climate shifts, tides offer critical insight into the planet’s future. On the San Blas Islands off the coast of Panama, we see how the small island archipelago confronts sea level rise, and in Venice, Italy, how the city has been making extraordinary preparations for the coming effects of climate change. White also discusses ongoing research into the enormous opportunity to harness tidal energy in places like New England, Chile, Puget Sound, Scotland, and elsewhere. 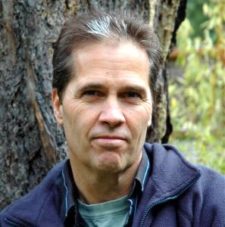 Jonathan White is a writer, conservationist, sailor, and educator. He has served on numerous conservation boards and committees, including the San Juan Preservation Trust, the San Juan County Marine Resources Committee, and the Northwest Straits Marine Conservation Initiative. His first book, Talking on the Water: Conversations about Nature and Creativity, features interviews with Gretel Ehrlich, David Brower, Ursula K. Le Guin, Gary Snyder, Peter Matthiessen, and others. His writing has appeared in the Christian Science Monitor, The Sun, Sierra, the Whole Earth Review, and Fine Homebuilding. The former president of the Resource Institute, a Seattle-based nonprofit focusing on the culture and traditions of the Northwest, he now lives on Orcas Island.