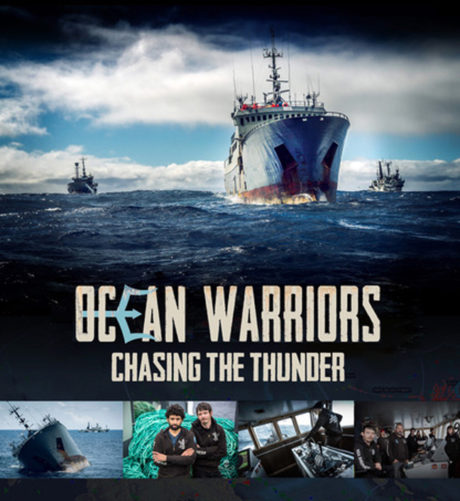 The Film Festival will be hosted in 5 venues throughout the 3 days.  All films are shown twice. There are also special events including the favorite: Filmmakers Forum. 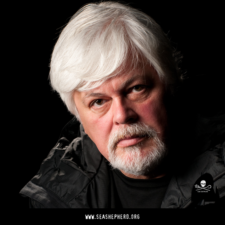 The Lifetime Achievement Award honors a person who has made outstanding contributions to raising awareness and his or her professional excellence in the field of filmmaking and activism.  It is presented in memory of Andrew V. McLaglen, a proficient Award winning Film Director and long-time resident of San Juan Island.

This year’s coveted Andrew V. McLaglen Lifetime Achievement Award is being presented to Captain Paul Watson, a renowned marine wildlife conservation and environmental activist from Toronto, Canada.  He was one of the founding members and directors of Greenpeace, a global, independent campaigning organization that uses peaceful protest and creative communication to expose global environmental problems and promote solutions that are essential to a green and peaceful future.

Captain Watson founded the Sea Shepherd Conservation Society, an international non-profit, marine wildlife conservation organization. Its mission is to end the destruction of habitat and slaughter of wildlife in the world’s oceans in order to conserve and protect ecosystems and species by using innovative direct-action tactics.  Watson has served as Master and Commander on seven different Sea Shepherd ships since 1978 and continues to lead Sea Shepherd campaigns. Alongside his crew he has starred in seven seasons of Animal Planet’s television series Whale Wars.

A renowned speaker, accomplished author, master mariner, and lifelong environmentalist, Captain Watson has been awarded many honors for his dedication to the oceans and to the planet.  Among the many commendations for his work, he received the Genesis Award for Lifetime Achievement in 1998, was named one of the Top 20 Environmental Heroes of the 20thCentury by Timemagazine in 2000, and was inducted into the U.S. Animal Rights Hall of Fame in Washington, D.C. in 2002.  He was also awarded the Amazon Peace Prize by the President of Ecuador in 2007.  In 2012 Captain Watson became only the second person after Captain Jacques Cousteau to be awarded the Jules Verne Award, dedicated to environmentalists and adventurers.

Capt. Watson will be honored at our Opening Night Gala at the San Juan Community Theatre, Friday Oct. 26, following a screening of his new film Chasing the Thunder; a high-seas documentary about the eco-warriors of Sea Shepherd as they engage on an epic 110-day, 10,000-mile chase of the Thunder, a notorious poaching vessel. Wanted by Interpol and banned from fishing in the Antarctic, it had eluded capture for over a decade.

Chasing the Thunder takes the audience on an exhilarating ride to the furthest reaches of the planet as itcaptures the dangerous drama of the world’s longest maritime pursuit.

The exceptional aspect of the FHFF is that each Film screened hosts the filmmaker for Q & A. The Friday Harbor Film Festival is a real favorite of the filmmakers themselves, the accolades pour in after each event;

“An eager, interested audience, one that I expect will grow as the exceptional nature of the festival becomes increasingly recognized” Lucy Ostrander, Producer Proof of Loyalty

“The level of professionalism exceeds many larger festivals we have been at. I really appreciated being able to provide Q&A and found the caliber of the questions from the audience to be both educated and thoughtful.”  Roger Williams, Producer, River Blue

Throughout the 3 days the Audience is encouraged to vote for their favorite.  On Sunday evening our Local Hero award will be awarded to Alex Shapiro an accomplished composer, who has made a significant contribution to our community, though her musical reflections inspired by our island home. Also, the winners of each film category and the overall favorite are announced Sunday evening, followed by a final screening of the Audience Favorite. Winning films are featured in the Best of the Fest series Jan.-May.