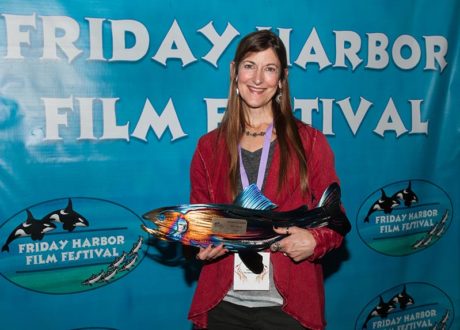 Amy Herdy, producer of the Bleeding Edge was thrilled to win the Audience Choice Awards for the best film of the 2018 Friday Harbor Film Festival.  Her memorable quote when accepting the award was to the filmmakers themselves when she told them the 10 films she had watched “fed her soul and please give us more”. The winners of the categories were:

Captain Paul Watson was awarded the Andrew V. McLaglen Lifetime Achievement Award to a standing ovation. Captain Watson received the award for his life‘s work with both Greenpeace and Sea Shepherd; as he is a true hero for the oceans. 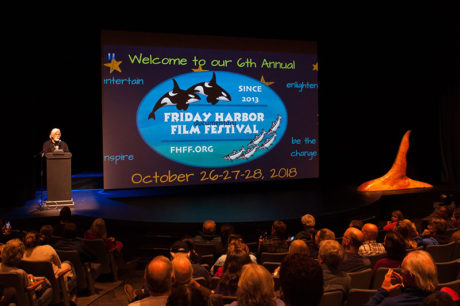 San Juan Island composer Alex Shapiro was given the very well deserved Local Hero award for her Activism through Music.  Megan Vivenzio honored Alex with a special dance performance to her own music.

The Friday Harbor Film Festival also inaugurated the Laszlo Pal Emerging Filmmaker Award; Laszlo a former board member of the Friday Harbor Film Festival, recently passed away, he spent 30 years teaching filmmaking, so the Festival chose to honor his memory with this new award.  The Award went to Partho Gupte, a young man from India, who is a gifted young filmmaker and whose films illustrate great promise.  He was very surprised to receive the award. He spoke eloquently upon receiving the award of how much it meant to him and how dedicated he is to his craft. 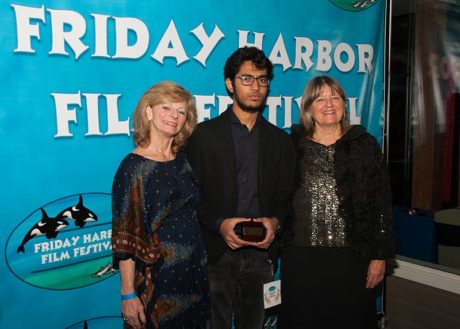 Sunday morning Maria Garcia, (a film critic from NYC who was very impressed and promised to return next year) skillfully facilitated the popular Filmmakers Forum.  It was an enlightening experience for all that attended.

Overall the Friday Harbor Film Festival enjoyed a great weekend of films, filmmakers and an eager and enthusiastic audience.  There were several sell out venues.  The film festival enjoyed a 20% increase in film viewings in spite of the ferry schedule fiasco.  Though several refunds were given to folks who had planned to attend from Vancouver Island.

The top 10 films will be screened during the winter twice a month, starting January 15 at the Grange in Friday Harbor.