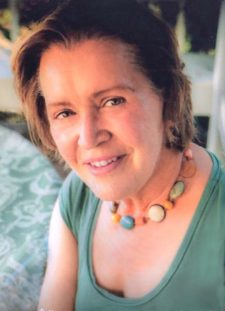 Yvonne Regina Swanberg passed away unexpectedly at her home in Friday Harbor, WA on November 2, 2018, she was 73. She was born in Rossland, B.C., Canada on October 12, 1945 to Richard and Dorothy (Streibeck) LeCaire.

Yvonne was raised on the farm on Mitchell Road in Northport, WA where she would share in the duties of caring for the home with her mother while the four boys and their father took care of the ranch. Yvonne was an excellent cook and her ability seemed to always shine through during the holidays. She graduated from Northport High School with the class of 1964 and then continued her education at Eastern Washington University earning her bachelors degree.

Yvonne went on to teach at the Kinman College for Business for some time and then worked as the store manager at the General Store in Spokane. Yvonne met her soon to be husband and the love of her life, Steve Swanberg in 1976 where he was an insurance broker for Safeco Insurance. They would wed in Spokane on July 30, 1977, and in 1979 they moved to Friday Harbor, WA where they would permanently remain. Steve and Yvonne had a chance to buy their own insurance agency which they built into an honored and trusted business. In the late 1990’s they decided to start making wine, and what a great decision that was! The two of them built one of the most respected wineries in the country winning many coveted awards for their creations.

Yvonne was a real “go getter”, she was the gasoline to get things going and the glue to keep them together. A perfect example of this is when her nephew graduated from the Washington State Patrol Academy, the reception was at the governor’s mansion in Olympia. Yvonne disappeared for a short time, and when she reappeared, she was talking it up with governor Gregoire herself and to top it off, she had sold her a pallet of their wine!

Yvonne and Steve loved to travel and to sail. They have owned several vessels over the years and Steve would proudly race in sailboat regattas all over the west coast. Yvonne was extremely community oriented and spearheaded the “rock the dock” annual music festival. She loved doing yard work and having beautiful flowers in her yard. In May 2006, Steve passed away but her dedication and tenacity to the winery never relented. Yvonne really enjoyed traveling more the last few years especially the trip she took to Europe and visited Italy. She was very independent and hard working which showed up in everything she did. The legacy that Yvonne and Steve built will stand the test of time.

The Mass of Christian Burial for Yvonne Swanberg was held on November 16, 2018 at the Immaculate Conception Catholic Church in Colville, WA. She was laid to rest at Mt. View Park Cemetery in Colville, WA.

Please visit the online memorial and sign the guestbook at www.danekasfuneralchapel.com. Danekas Funeral Chapel & Crematory were trusted with the arrangements.

Donations in memory of Yvonne may be made to Rotary Foundation Polio Plus.

Celebration of Life will be held at San Juan Island Yacht Club on Saturday, November 24th from 2:00 to 5:00 p.m.