Which Ferry Will You Be On? 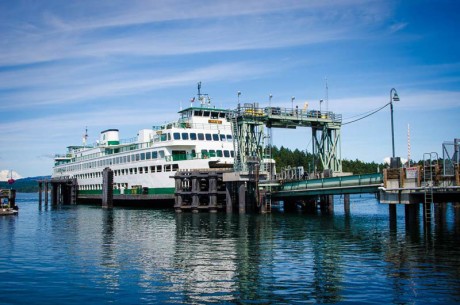 When my wife asks “Which ferry will you be on?” I can pretty reliably say “the late one”, which used to mean the last run of the day. Sadly, these days it can mean almost any one of them.

This is the first in a 3-part series about our late running ferry system. Many thanks to Jim Corenman, Chair of the San Juans Ferry Advisory Committee for his input on this issue…

Part One – The Problem

Ever notice how Murphy’s Law kicks in? I do – Any time I need to go into town to King’s or the drug store, it seems there’s a ferry unloading; Any time I need to catch a ferry, there are none running when I want to travel. Then – when I finally settle on one that fits my timing the best, it’s running late anyway.

Getting frustrated, I decided to keep track just to see – is it me? Am I focusing on the negative? Or are they really late all that much? So on March 21st, 90 days ago today (June 19th), I created a folder in my email and started saving late ferry alerts. At this writing there are , make that 256 – a new one just came in while I was writing this – in that folder. (This does not include alerts about Vessel Watch issues, or the Save a Spot reservation system or anything else* – I’ve only saved late ferry alerts).

*Well OK, I did include cancelled runs. Sometimes they’re so late they “lap” themselves and end up cancelling a run and just pick it up on the next scheduled sailing.

Here are the numbers I came up with:

Out of 90 days (and really, it’s only 89 days because I’m writing this on Tuesday afternoon – you’re reading it on day 90), there were only 19 days without a late sailing. That means 77% of those days had late sailings.

I count 254 total alerts and the average delay is 38 minutes. (If you’re checking my math, remember – some of the alerts simply said “cancelled”, and did not report how late they were and also, I rounded some numbers – usually WSF rounds to the nearest 5 minutes, but there were a few that said “27” minutes or “43” or whatever. I rounded these to the nearest multiple of 5).

How many times were they this late? Here is that breakdown:

Now I know what you’re thinking: “But many of those were multiple alerts on the same day, so you’re counting late ferries more than once per day”, and you’re absolutely right, May 1st had 9 alerts, so that makes the numbers look worse.

Or does it? Let’s look just once per day, at only the latest sailings:

So there you have it.

Kinda makes you wonder: If someone had a home in let’s say Issaquah, and they commuted every day thru rush hour traffic to their job in downtown Seattle, and every day they alerted their boss: “I’m running late due to heavy vehicle traffic. This will delay my arrival by 30 – 40 minutes. I apologize for the inconvenience”, how long do you think they would keep their job?

Which brings up something else interesting about all these ferry alerts: With the exception of March 24, every alert from March 21 thru April 11 (and countless alerts before I started saving them) said “Due to heavy vehicle traffic“. Then suddenly on April 12 that stopped. Most since then don’t state a reason for the delay except for a few that say fog and reduced visibility.

So I don’t know what to make of it. We all know that the passage of I-695 decimated the ferry system’s budget starting in the year 2000. And we’ve all been aware of heavy traffic for years, especially in the summer. Certainly the people who make the schedule would be aware of these things by now.

So I asked Jim Corenman, the Chair of the Ferry Advisory Committee if he could shed any light. And it turns out that yes he can. Tune in tomorrow when you’ll see Jim’s comments on Part Two: The Cause