Another Award for Susan 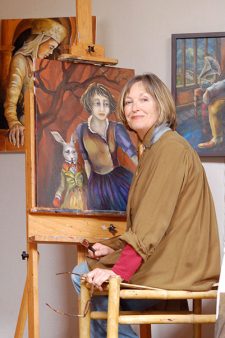 It was announced last Sunday that Susan Williams won another award at the Anacortes Art Festival.

This time it was the People’s Choice Award. It was especially meaningful to her because it represents the feeling of the viewers that passed thru the event over the week.

Also, the curator of The Northwest Museum of Art expressed to her their interest in having pieces of her art in the museum.