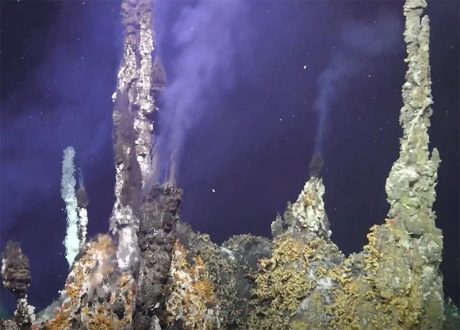 In the early 1990’s, Véronique Robigou and John Delaney were exploring the bottom of the ocean in the deep-diving Submarine ALVIN off the Pacific Northwest Coast. There, they discovered a spectacular 135 ft tall sulfide structure spewing 700° F fluids out of the sea floor atop an active volcano.

Véronique and John will share how this discovery influenced two professional paths, at times radically different, and at others, fruitfully collaborative.

For this presentation their paths merge again as a study of curiosity about and exploration of the Earth written in different “languages” and reaching diverse audiences.