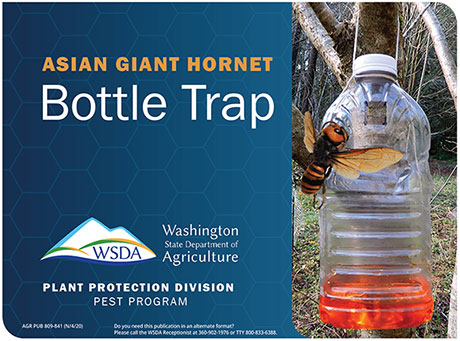 As you may have heard, asian hornets (a.k.a: Murder Hornets) have found their way to the United States and have been detected in Washington. They are an invasive species and will decimate honey bee hives.

So – if you’re good with all that, and you want to help battle an invasive species, here you go – Asian Giant Hornet Bottle Trap Instructions (PDF)