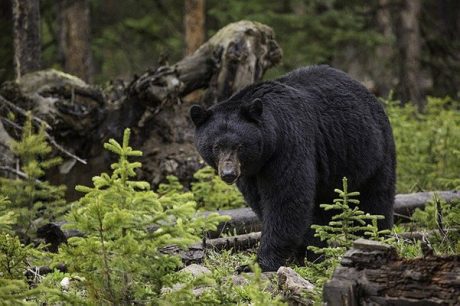 FREEZER BURNED: Tales of Interior Alaska is a new regular column on the San Juan Update written by Steve Ulvi…

After gritting through another sub-arctic winter, there was celebratory pleasure in first plying the roiling, wood-strewn waters of the Yukon River in spring. The boat season followed seven to ten days of heavy running ice. The big show was over. Skimming the wide water was an indescribable feeling of freedom.

Of course, there was preparation: uncovering the old outboard, hauling river water to fill a rusty drum, chamois filtering stored gas, greasing the lower unit, checking this and that, then with some necessary cussing getting it to run smoothly.   Then to wrestle it over the ice to get it onto the transom. A canoe could get us to town in a pinch, but lining back upriver wouldn’t be possible for quite some time.

There was a reshuffled landscape to be reckoned with. After a highwater, bank to bank breakout 600 yards across, the river can quickly drop several feet as the meltwater surge subsides, leaving a jumble of car-sized ice blocks mashed along the shores and back sloughs to melt in place.

Sometimes the unstable palisades were 15 feet high. Launching even a small riverboat was tenuous, chopping and tumbling ice to ease a hull to the water. Once on the water with the 1960s two-stroke Evinrude humming, finding a good place to land was dicey.   Rounded hunks of solid ice ride low in the water, mature trees with roots cartwheel down the shore, ice walls collapse, saturated silt can suck your gumboots down and there is little on which to tie a boat. You never knew what you might find, until you got there.

Checking the mail at the post office that served the area population of 175 (information central) and buying treats for the kids who stayed at home, came first, but the casual mingling in the village and small town was rejuvenating after a month of seclusion. The “river grapevine” was vital to understanding how people had faired at other remote homesteads.

Grim tales of folks up in large trees, or huddled on a cabin roof with their dogs for a day or two while flood waters inexorably rose and then rapidly drained leaving much of what they owned in soggy ruin, were not uncommon. Canoeing to high ground through the forest was an option for those who had prepared for dire straits. With the long gravel road open from town to the Alaska Highway since late March, there was also regional news, some unfamiliar faces, and a few muddy rigs with out of state license plates.

The warm, damp air was rich with renewed odors. Greenup for the expanses of bank willow, paper birch and poplar was still to come. Bare limbs rattled in the river winds. Cool nights, mostly ethereal twilight really, made a crackling campfire feel good on a damp backside. Happily, there were still weeks of respite before the first pestering by over-wintered mosquitos. Scattered flights of waterfowl raced by on whistling wings. Organized skeins of honkers and constantly reforming flocks of Sandhill Cranes, unchanged for ten million years, peppered the sky. Small gyres of song birds flowed like smoke along the tree line. Most of these exuberant birds were heading to age-old nesting areas farther north still.

About the time that the river was rotting out in the relentless warmth, dripping water and internal biological clocks wakened the creatures of the taiga that have evolved elegant physiological strategies for eluding death in winter. They emerged reborn into the bright light and new seasonal cycles. Among them, bears are the largest creatures to hibernate, with cubs born in the dankness of the den.

We came to know black bears as a fascinating and beneficial creature in our expansive neighborhood of river, mixed forest and rumpled uplands crowned with a few sculpted peaks. We called them “blackies” or “forest pigs” with respect. Along with the storied grizzly bears, they wandered tirelessly following their incredible sense of smell (many times more sensitive than a blood hound). The larger, hump-shouldered griz tend to spend more time in the more austere subalpine, unpeopled and where ground squirrels burrow and gyre falcons slash into ptarmigan noisily feeding in willow patches.

Black bears are classic omnivores who ingest almost anything (ants, larvae, bird eggs, rushes, berries, rotted carrion, mushrooms, fish, the newborn of moose and caribou, axle grease, snow machine seats, cabin goods, and very rarely a human, and so on).   They are generally timid and smallish as might be expected given the climate: averaging 250 pounds, living about 15 years, and birthing 1-3 cubs every other year. Boars are solitary and about one in three bears is a “cinnamon brown” color phase. Since there are no salmon streams for long stretches of the middle Yukon River, bears do not gorge on spawning fish nor tolerate congregating. More importantly to us, their rich flesh and fat was unsullied by a fishy tang.

This vast river country is the traditional homeland of Athapaskan groups where bears, especially grizzlies, are powerful creature spirits to be treated with great respect.   The taboos are many and to be closely followed. Some groups, or even different villages within the same area, may not actively hunt bears for food depending on specific cultural practices, personal preferences and availability of fish, moose or caribou.

Some villagers search for dens in late winter and kill the bear as it comes out in reaction to being wakened by being prodded with a pole. A bit dicey to say the least. However, many people shunned bear flesh saying that a skinned bear reminds them of a human body. Few native people or town dwellers actively hunted black bears, while many of us living out on the river intentionally sought them. Needed them. Especially in the spring after having little fresh meat for months.

Then there is the all-important geomorphology: the Holocene glaciers were montane and not in the big valley due to extremely dry-cold weather which resulted in an ice-free corridor up the Yukon River drainage. The long, southeasterly trending valley, visible from space, led from the fabled Bering Land Bridge to the temperate zone. The withered extent of “arctic steppe tundra”, a treeless vegetative community that once supported the huge mammals of the Pleistocene, exists today in remnant patches on south-facing slopes too hot and dry for forest incursion. These are perfect, “blow the intestinal plug” habitat that attracts emergent black bears from as far away as 20 miles. The heat of the longish days of May finds the bears, still with un-shed winter coats and often plenty fat, lazing in the shady patches of forest and waiting for cooler evenings to graze.

Choosing a camp site was all about good views of this type of slope habitat. Bonus points for a fresh water stream and grounded-ice nearby, dry standing firewood and an easy boat landing. Sometimes a rested rifle shot could be made from an island camp, but usually not. Often, the best approach was to quietly motor upstream, then silently drift by. Sometimes there was no choice but to carefully (an aluminum hull is a drum) go ashore to stalk a bear that could no longer be seen feeding somewhere above.

A low angle light bathed everything, cloud shadows bruised the bluffs and banded cliffs eroded from tortured earth history.   Often traditional nesting sites of peregrine falcons graced these heights. From them falcons folded on tucked wings and slammed migrating ducks from the air over the river. Wings pumping, corkscrewing up and up, yellow-talon feet gripping the prey, the burly female returned to the eager kaak-kaaking of her mate echoing off the rock. The descending flute-like song of the Swainson’s thrush rippled, repeated by scores of their kind, up and down the the wide river in the wee hours. That melancholy trilling is still my otherworldly link with spring bear hunting.

First to show in the persistent dusk or during the passing of a cooling rain shower, might well be a hungry sow with tumbling cubs, seeking fresh bulbs and grasses. A pleasure to watch and not legal or ethical to hunt. Hours of careful scanning with 10X binocs and a rifle scope, from different vantages near camp, reveal many details to a hunter.   Steep, unstable slopes, especially those hundreds of yards high, discourage a difficult blind stalk, maybe sidehill butchering and two dicey trips packing hide and meat down. A meandering bear on the shore, or one emerging from the river, was a more likely gift.

When living among large, dangerous animals a woodsman nearly always has a rifle at hand, so bears unexpectedly wandering into camp, digging in the garden or trying to get into cached fish can become food. But don’t think for a moment that these chance encounters were all easy; dogs ‘bear barking’ with laser focus toward an invisible place 70 yards away, wind lashing the big spruce in the blackness of an overcast August night, easing between trees with a flashlight and a cartridge chambered, toward heavily-laden fish racks on the river bank looking for eye-shine. Bear eye-shine.

For us, spring black bear was a prized meat: the dark flesh was juicy and tasty, the intestines perfect for campfire cooking on a stick or as sausage casings, the hide still luxurious. Beyond the edible organs, the icing on the cake was plenty of hard fat, at best over 2 inches thick, perfect for rendering into clear, noticeably sweet cooking lard. Bear sausage and canned meat made for deeply satisfying stored food. Home-made donuts or fry bread were cooked in a kettle of super-heated bear lard on the woodstove without smoking.

Of the many bears that we crossed paths with, hunting them mostly in the spring and sometimes around fall berry patches, a favorite memory is of boating home after a few days away one spring, and being surprised by my wife, Lynette, and our infant daughter, Lena, with a “bad news, good news” tale. Chagrined, Lynette pointed to the charred outhouse that she had inadvertently torched. With perfect timing while I stewed, she smiled and steered me over to the creek ice where a fully butchered cinnamon bear and all the goodies were neatly laid out.

The story? She had been at the river bank in our visqueen-covered pole greenhouse when she noticed a bear standing near the garden beds. The bruin retreated into the trees while she intently strode back up to the cabin (where our infant daughter napped) to quickly grab her old family rifle and unchain a dog. Walking softly along one of our trails, she caught a slight movement from the bear screened by leaves, intently watching the dog. Despite the rifle forearm coming loose, she dropped the loitering bear with one shot, and made sure with a couple more, before returning to the cabin for knives, plastic sheeting and our plucky daughter, all to be hauled along in the wheelbarrow. As usual, there was no one for many miles around, so they had the whole exciting story to themselves, until my happy return.

(next: Water everywhere in a subarctic “Desert”)