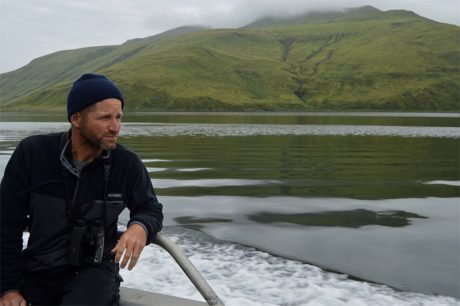 The North Pacific Right Whale: Why You Should Care about the World’s Rarest Whale 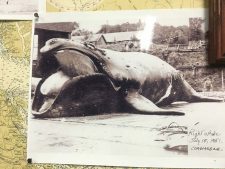 Join Friends of the San Juans and Kevin Campion of Deep Green Wilderness on July 23 at 6:30 pm to hear about Kevin and his team’s expeditions to film the North Pacific right whale.

You’ll learn about what right whales mean for modern conservation efforts in the North Pacific and Salish Sea and view scenes from the upcoming film “Right Over the Edge.” You’ll also hear from Friends’ Marine Protection Program Director, Lovel Pratt, about an upcoming action alert (our Salish Sea neighbors in Canada need our help to stop a terminal expansion that would generate up to 520 additional container ship transits each year).

Kevin is the Founder of Deep Green Wilderness and Captain of the 86 year old Orion, and is a lifelong resident of the Pacific Northwest. Captain Kevin believes strongly in voyaging to capture the imagination of youth and engage with the environment. With Deep Green Wilderness, Captain Kevin has combined his love of sailing with his passion for teaching ecology and conservation.

Registration is required. Register by clicking here: sanjuans.org/upcoming-events. The presentation will also be live streamed on the Friends of the San Juans’ YouTube channel.