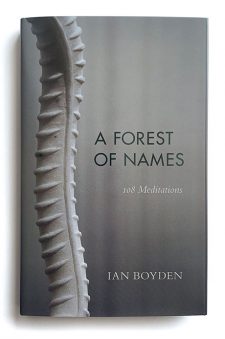 The genesis of the book began in 2016, when Boyden curated the exhibition Ai Weiwei: Fault Line at the San Juan Islands Museum of Art in Friday Harbor. Those fortunate enough to see the exhibit remember a simple, emotionally charged presentation. On the walls were listed the names of the 5,196 schoolchildren killed in China’s 2008 Wenchuan earthquake. 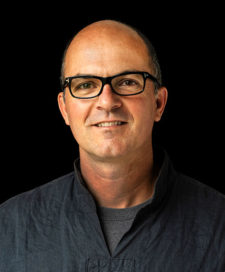 Due to faulty construction and government corruption, the names and number of the children who perished had been hidden by the Chinese government. At great personal cost, artist Ai Weiwei collected and publicized the names of the children as part of the exhibit. And from the collapsed buildings, Ai Weiwei collected twisted iron rebar. Carving replicas of the twisted metal rebar out of marble—what was hard and industrial, transformed into something fragile and luminescent. He placed these in simple wooden casket-like boxes. Many who visited the exhibition were moved to tears by the poetic portrayal of the unnecessary loss of life.

An image of one of Ai Weiwei’s works of twisted marble rebar graces the cover of Boyden’s beautiful book, the rebar’s resemblance to the human spinal cord is uncanny.

As Boyden hung the names in the exhibit hall, he asked himself, “What might I learn from these names? Each brimmed with the love, the hopes and dreams of parents, and a challenge from the children who bore them to not be forgotten or have the tragedy of their death covered up.”

Boyden relates, “I spent a year reading, translating and meditating on those names. I chose 108 names and made each the title of a poem, I then used the meaning of the Chinese characters that formed the names as a point of poetic departure. The names are so evocative: “Swim the Lustrous Pool,” “Dragon-vigor,” “Forest of Fireflies.” For me, the challenge was to give these names a kind of language so they could continue to speak.”

A Forest of Names has many layers, it is an indictment of political corruption, a healing tribute to people whose names were almost erased, and a haunting meditation on how language can suggest a new path forward.

As Pacific Northwest novelist David James Duncan writes: “Ian Boyden’s meditations on the names’ mystery and beauty have led to a collection of poems so delicate they bring to mind the surface tension of water.”

And the artist Ai Weiwei commenting on this book, states: “I see this work as conceptual as can be. It is a beautiful and persistent effort of a poet’s heart and mind working together, dealing with our tragic reality.”

About the author: Ian Boyden studied for many years in China and Japan and ultimately received degrees in art History from Wesleyan and Yale Universities. His work is interdisciplinary. Past collaborations have involved scientists, poets, composers and visual artists.