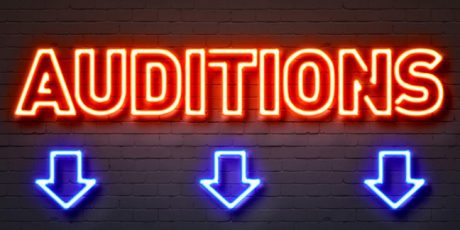 Join us for auditions for SJCT’s new webseries, “Friday Harbor Happenings!“
This new, digital work is a satirical sketch comedy show with an ensemble cast, created by San Juan Community Theatre for our beloved local community. The writers hope the episodes will bring a smile and some laughter to everyone in these uncertain times.
“Friday Harbor Happenings” centers on a new (but fictional) social media page and the (also fictional) island inhabitants that join the page. All actors will be filmed via Zoom on their home computers.
There are two dates scheduled for auditions – Thursday, September 10, 6:30-9:00pm and Sunday, September 13, 2:00-4:00pm.
All auditions will be held via Zoom. Actors will read from script pages provided by SJCT.
To schedule your audition, please read the character breakdown below and then fill out this form. You will receive an email from Courtney Kessler-Jeffrey, production manager, confirming your time slot, providing the audition pages, and sending a Zoom link. If you are unfamiliar with Zoom, please familiarize yourself with its use before your audition to prevent any technical issues on the day-of.
Any questions can be sent to Courtney Kessler-Jeffrey at court.kessler@gmail.com.
Thank you, and we look forward to seeing you!
CHARACTER BREAKDOWN:
(*This is a current character list, and likely to expand with future episodes*)
SUSAN – The Instigator. Likes to get the ball rolling. Always going for the posts with the most comments.
KAREN – The Busybody. Wants everyone to follow the rules. Pro mask, anti-tourism.
JERRY – The One You Roll Your Eyes At. Always ready with an inappropriate joke.
ALAN – The Guy With The Memes. Only responds in memes. The more sarcastic, the better.
KEV – The Teenager. Maude’s grandson. Proficient with social media.
MAUDE – The Grandma. Thinks most of her posts are private messages to her kids and/or grandkids.
KELLY – The Environmentalist. Bicycles everywhere and has a composting toilet. Wishes the island would go back to the way it was in the 70’s.
STEVE – The Mansplainer. Definitely has the best idea and needs to share it.
CLAIRE – The Nice One. Doing her best to keep the peace and do the right thing.
TROLL – The Troll. Some men just want to watch the world burn.
ALEX & EMILY – The Tourist Couple. Want the inside scoop from the locals.
TRAVIS – The Conspiracy Theorist. Wants to open people’s minds to the dark truth that goes all the way to the top!