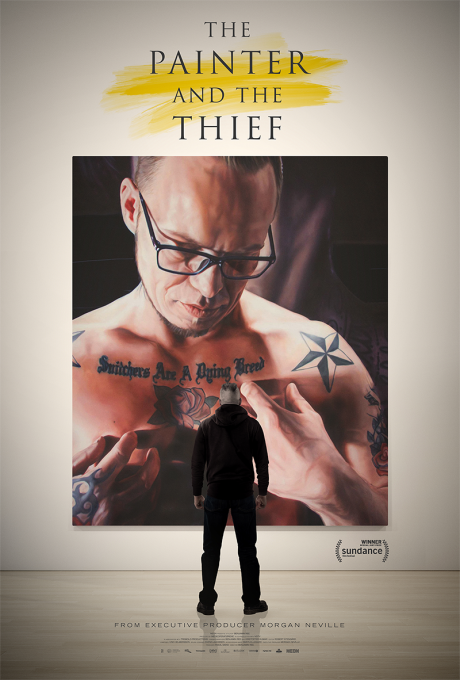 Each will include a scheduled livestream, interactive Q&A with the filmmaker and expert panelists discussing the issues raised by the film. Q&A sessions will be recorded and be available on-line free of charge.

The 9th annual Friday Harbor Film Festival is scheduled for October 14-24, 2021. FHFF is planning a hybrid event, including in-person venues and on-line screening.

Filmmakers are encouraged to submit their entries for consideration for both The Director Series and the October FHFF through the Film Freeway link at fhff.org beginning December 15.

“The Painter and the Thief” follows Young Czech artist Barbora Kysilkova as she relocates from Berlin to Oslo to launch her career as a painter. In April of 2015, her two most valuable, large-format paintings are stolen – with care – in broad daylight from the windowfronts of Galleri Nobel in Oslo’s city center.

Desperate for answers about the theft of her paintings, Barbora is presented with an unusual opportunity to reach out to one of the men involved in the heist – Norwegian career criminal, Karl-‘Bertil’ Nordland.

Filmmaker Benjamin Ree begins to document the story after Barbora unbelievably invites her thief to sit for a portrait, capturing the unlikely relationship that ensues as the equally damaged duo find common ground and form an inseparable bond through their mutual affinity for art.

Next up in The Director Series is the Bristol Bay trilogy– “Red Gold” (by directors Travis Rummel and Ben Knight), and “The Breach,” and “The Wild” (both by director Mark Titus) – celebrating the Pebble Mine permit denial. These important feature films will screen December 14-31. View all three films for only $3.