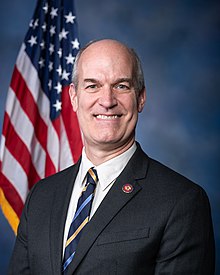 Larsen, a senior member of the House Armed Services Committee, voted by proxy after testing positive for the COVID-19 virus last week.

“I voted to override the president’s veto to support the women and men of the military and strengthen national security,” said Larsen. “The NDAA increases pay for service members, establishes changes to rename military bases after American heroes instead of Confederate traitors, and spurs innovative research to prepare for future conflicts.”

The NDAA gives servicemembers a 3% raise. The bill includes Larsen’s solution to ensure sailors are paid Family Separation Allowance while under orders to remain on board a ship while at home port. The NDAA also ensures all federal employees benefit from paid parental leave policies. Last year’s NDAA excluded the women and men who work at the Federal Aviation Administration and Department of Veterans Affairs, as well as other civilian employees.

Larsen is committed to ensuring families living on or around Naval Air Station Whidbey Island and the Outlying Landing Field in Coupeville have access to safe and clean drinking water. The NDAA takes steps to further protect military communities from PFAS, including $1.4 billion for environmental cleanup.

The NDAA establishes the long-overdue process to remove names of Confederate traitors from Department of Defense bases and other assets. The bill also creates a Chief Diversity Officer and a Senior Advisor for Diversity and Inclusion in each branch of military service, including the Coast Guard.

The U.S. must continue to cooperate with its international allies and partners. Larsen championed a provision to support the Department of Defense’s research and development work by facilitating greater international cooperation on research and development with NATO and allied and friendly foreign countries. The NDAA also authorizes $2.2 billion to demonstrate the U.S. commitment to the Asia-Pacific region.