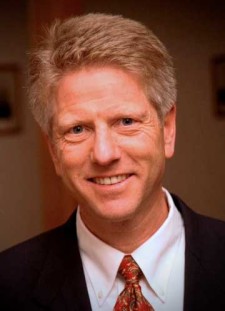 On Thursday, Feb. 25, a narrow majority of the Washington Supreme Court ruled unconstitutional a state statute making it unlawful to possess controlled substances upending a 50-year-old statute and tens of thousands of criminal convictions in Washington state.

“I don’t expect to see meth and heroin users openly flouting the law,” said San Juan County Prosecuting Attorney Randall Gaylord, “until the law is changed, law enforcement officers will be unable to take action to respond to cases of simple possession.”

Two state senators acted swiftly and by Friday afternoon Senate Bill 5468 was introduced in Olympia that would fix the problem identified by the court by adding the word “knowingly” to the statute.

Gaylord urged that the legislature act quickly and adopt the new measure.

“Illicit drug use is a real problem for drug users as well as the rest of the community,” he said. “I would not like to see any community in the state suddenly deal with people flaunting the possession and use of drugs that are dangerous or not prescribed to that person.”

Gaylord explained that adding the term “knowingly” would eliminate the ambiguity in the statutes and require the prosecutor to prove that the offender “knew” that he or she possessed the drugs and would guard against “unwitting possession.”

“The statute needs to be amended as soon as possible. This statute is one of the primary ways we help families and the community get a handle on offenders whether through punishment or rehabilitation,” said Gaylord.

The court decision arose in Spokane after Amanda Blake was arrested in a car theft investigation. In a search at the time of intake to the jail, meth was found in the coin pocket of her jeans. Ms. Blake claimed that she received the clothing from a friend who bought it at a thrift store and asserted the defense of “unwitting possession.” The trial judge rejected the defense because the legislature created a rule that makes a person with illicit drugs strictly liable.